Salam to Attend Opening of Development Summit in New York 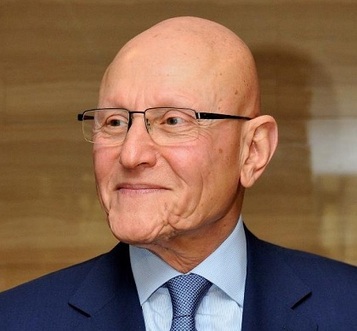 Prime Minister Tammam Salam was in New York on Friday to attend the opening of the United Nations Sustainable Development Summit 2015.

The summit is aimed at formally approving an ambitious and costly 15-year blueprint to eradicate extreme poverty, combat climate change and address more than a dozen other major global issues.

Implementing the new development goals — expected to cost between $3.5 trillion and $5 trillion every year until 2030 — is expected to be the focus of the three-day summit that will include speeches by U.S. President Barack Obama, China's President Xi Jinping and the leaders of Egypt, India, Iran, Germany, Britain and France.

The document — called "Transforming our World: The 2030 Agenda for Sustainable Development" — which sets out the 17 broad goals and 169 specific targets, will be adopted after the opening speeches at the summit.

Also Friday, Salam is expected to meet with U.S. Assistant Secretary of State for Population, Refugees and Migration.

On Monday, the U.N. General Assembly session will officially kick off and the next day a summit on fighting extremism will be held during which leaders, including Obama and Salam, will give speeches.

The PM will also address the General Assembly and the International Support Group for Lebanon on Wednesday before returning to Lebanon.

Lebanon is burning, and conehead is on vacation!