Sing Beatles Songs in Shower 'to Save Planet' 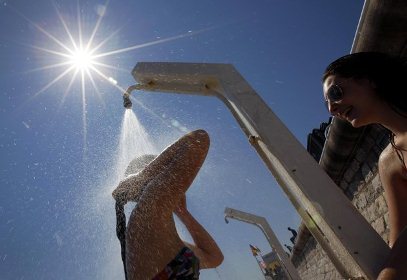 A British water company has urged customers to sing in the shower and recommends Beatles songs as they are short and so can help save water and cut energy bills.

Thames Water says singing as you lather makes you feel better and provided the right songs are sung you use less water. It wants people to sing "short, water-efficient" songs, lasting four minutes or less in to order meet its "four-minute shower challenge".

The company names Beatles song Love Me Do as the top shower song, because it lasts only 2 minutes 22 seconds.

"Each of us uses 160 liters of water a day on average, and when showering use 10 liters of water a minute. If we all cut our time in the shower by one minute a day, nationally we could save enough water to supply London for between two and four months," said Jayne Farrin, Thames Water's head of corporate communications.

"As well as helping lower water bills, using less water can also reduce energy bills, because all that water requires energy to heat up."

The company has issued the shower advice in support of Start Today, a new initiative by Start, a charity inspired by The Prince of Wales, which aims to encourage people to take simple steps to more sustainable living.

Thames Water also unveiled the results of a nationwide shower-singing survey, which found that 35% of Britons are shower crooners.

The study of 1,800 people across England and Wales revealed that those in the Northeast are the most likely in to sing in the shower, with 47% confirming they warble while they wash, closely followed by the West Midlands (46%) and Wales (44%).

Meanwhile in Thames Water's London and Thames Valley region, London (39%) led the way, followed by Reading (33%) and Oxford (20%) with Swindon (16.7%) residents least likely of all the towns in the region to break into song in the shower.

Farrin said: "It is well-documented that singing can have positive psychological effects, and that the act of singing releases endorphins, the brain's 'feel good' chemicals. The results of our study show only 35% of Britons sing in the shower. We could all do with breaking into song more often. It’s got to be good for morale."