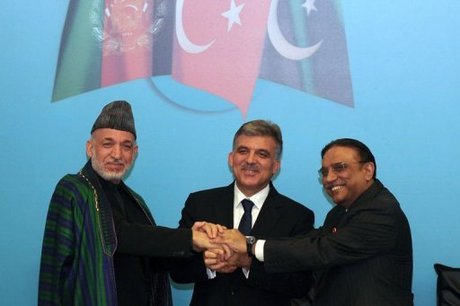 A global conference aimed at mapping out the future of war-torn Afghanistan after Western troops depart opened in Istanbul on Wednesday.

Representatives from 20 countries joined aid agency members at the Istanbul talks almost 10 years after the Taliban were driven out of power in Kabul.

"To restore security in Afghanistan genuine solidarity is a must," Turkish President Abdullah Gul said in opening remarks.

The summit will aim to chart the way ahead for Afghanistan, with the U.S.-led NATO mission already locked into troop drawdowns that are scheduled to bring all foreign combat troops home by 2014.

The gathering takes place a day after a trilateral summit hosted by Gul brought together the presidents of Afghanistan and Pakistan in a bid to ease tensions and promote cooperation between the two neighbors.

Tuesday's talks saw Afghanistan and Pakistan agree to cooperate with an investigation into the murder of former Afghan leader and peace negotiator Burhanuddin Rabbani.

Kabul had accused Islamabad of refusing to cooperate in the probe into the murder, which Afghan authorities say was planned in Pakistan and committed by a Pakistani suicide bomber.

Pakistan was the Taliban's chief diplomatic backer when it was in power and is regularly accused by both Kabul and Washington of helping destabilize its northern neighbor.