Obama Plans to Visit Laos, a First for a U.S. President 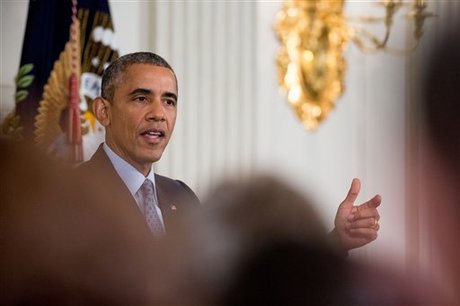 President Barack Obama plans to visit Laos next year to attend a regional economic summit, making him the first U.S. president to visit that country, an advisor said Wednesday.

Obama will make history when he attends an ASEAN conference in the poor but economically growing country, which was massively bombed by the United States during the Vietnam War, National Security aide Ben Rhodes said.

Speaking at a Washington think tank, Rhodes said his own recent visit to Laos had helped lay the groundwork for Vientiane's 2016 chairmanship of the Association of Southeast Asian Nations.

The U.S. president will travel to Malaysia later this month to participate in this year's ASEAN summit. He has made a point of attending as his administration seeks both to boost the group's standing and underscore the seriousness of an announced U.S. "pivot" toward Asia and the Pacific.

Touching on a bitter past between Laos and the United States, Rhodes said Washington could do more to clear unexploded ordnance that has lain menacingly in the country's fields since the Vietnam War.

U.S. warplanes dropped more than two million tons of ordnance on Laos from 1964 to 1973 in some 580,000 bombing missions aimed at cutting North Vietnam supply lines through the neighboring country.

An estimated 30 percent of the ordnance failed to detonate.

Laos and the United States have improved relations during Obama's presidency; U.S. ties to Vietnam and Burma have also been strengthened.

In 2012, Hillary Clinton, now a Democratic presidential hopeful, became the first U.S. secretary of state to visit Laos in more than a half-century.