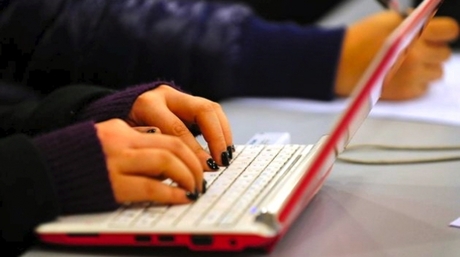 The Internet was supposed to facilitate better exchange between the public and news media. But vile and hateful comments changed all that.

In the face of rising vitriol -- attacks, bigotry and general nastiness -- news organizations are increasingly throwing in the towel on online comments.

It instead began taking "letters to the editor" to be screened by staff.

Vox Media's online news site The Verge said in July it was "turning off comments for a bit," noting that the tone was "getting a little too aggressive and negative."

Blogging platform Medium this past week allowed its users to hide reader comments, acknowledging that "sometimes you may not want to get in a discussion."

And Vox.com launched last year without them, saying that "flame wars" turned readers off.

"Newsrooms are really struggling with this," said Jennifer Stromer-Galley, a professor of information studies at Syracuse University.

"They like the idea of the comments because it brings readers back, it creates a community of people who are dedicated and that's good for advertising," she told Agence France Presse.

"But the downside is that when people see lots of vitriol and attack, even if they are not using bad language, it turns people off. The worry is that instead of fostering communication, you lose readers."

Research this year by University of Houston professor Arthur Santana found anonymous comments on online news sites can often bring out the vilest of views, particularly on hot topics such as immigration.

- 'Locusts, vermin' -"Often the targets of the incivility are marginalized groups, including racial minorities," Santana said in the Newspaper Research Journal.

Santana said that newspapers "have expressed frustration with rampant incivility and ad hominem attacks in their commenting forums," but may also be hurting their own reputations by becoming a place for mud-slinging.

The problem is not limited to U.S. news sites: "flame wars" have forced the shutdown of comments on South Africa's largest online news publisher 24.com and Independent Online has done the same.

Controlling online forums can be especially tricky in countries where news organizations may be held liable for defaming content from readers.

Some news organizations have sought to clamp down on incivility by requiring registration and banning anonymity.

- Facebook as a tool? -One tool is from Facebook, whose plug-in verifies the identity of those who post comments, requiring people to use their real names.

Some evidence indicates the Facebook platform and other tools have helped the tone.

A 2013 University of Kent study found that by making users "accountable," the Facebook system makes them "less likely to engage in uncivil discussion."

But when The Huffington Post ended anonymous comments and began using the Facebook plug-in, it sparked anger.

By creating obstacles to posting, "you lose a lot of commenters," said David Wolfgang, a doctoral researcher in journalism at the University of Missouri.

Wolfgang, who has been researching the state of online news comments, said many newsrooms were unprepared for the deluge of acrimony but should not give up.

"If your local news organization isn't going to provide a space for this conversation, who will? It doesn't always work out the way we want, but that doesn't mean we should throw it out," he said.

- Tech solutions? -Large news organization employ teams of moderators, sometimes with help from outside contractors, to weed out inappropriate comments. But that's not feasible for many budget-stretched newsrooms.

Some are looking to technology, to filter out nastiness and highlight constructive conversations from readers. Several private vendors offer software for this.

The Washington Post and New York Times have joined forces on a project funded by the Knight Foundation to create open-source software that can be adapted for news websites to get a better handle on online discussions.

Greg Barber, director of digital news projects at the Post and a member of the "Coral Project" team working with the Mozilla Foundation, said the competing dailies realized that "we had the same problems and it made sense for us to work together."

"Civility is a challenge for everyone," Barber said, adding that the Post gets some eight million comments a year and struggles to keep a positive tone with its own moderators and an outside contractor.

"When users come in and see a pie fight, they are likely to pick up a pie and throw it," he said.

"If they see a reasoned discussion, they will want to contribute in a reasoned way."

Project members have spoken with publishers in 25 countries interested in trying the software, which will be offered free.

News sites may use their own criteria to keep the dialogue on course, according to Barber.

Barber said the software, set to be released for testing in January, aims not only to filter out the ugliness but to identify the "trusted" readers and display constructive comments more prominently.

"It's not just to scrape the mud off our boots, but to find and highlight the valuable contributions," he said.

Comments posted on Naharnet by it's readers should win an award for the best in the following categories:
Racism
Bigotry
Personal insults
Incivility
Hate

You ponder upon these comments and one thing becomes very clear...this country will never get anywhere...how could it when everyone hates and looks down on everyone else!

Spot on. These comments serve little or no purpose. I'm just surprise Naharnet has persisted for so long.

Oh the irony. I look forward to the day when Naharnet shuts down this facility as a way to contribute to harmony.