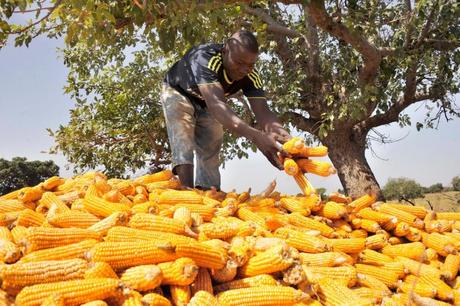 Once bustling with sinewy young men like any other farming village in rural Mali, Kodjan is starting to look distinctly grey.

Little by little, the demographics of the settlement are altering as its youth join the exodus of African migrants looking for a better life in Europe.

"My three grandchildren went off in search of adventure in Spain, because here there is nothing," a 72-year-old woman tells AFP in front of her shack.

"If they had not gone, we would have died of hunger."

Across the village of around 2,000, some 60 kilometers (35 miles) west of the capital Bamako, the story is the same.

An unearthly quiet suffocates the streets lined with straw and mud huts that once rang with the laughter of husbands, sons and fathers.

Nearly 140,000 migrants arrived in Italy from Africa by sea in 2015, the bulk of them Eritreans but sizable numbers from west Africa too, according to International Organization for Migration figures.

The heads of state and government from most of the EU member countries and more than 30 African nations including Mali are due in the Maltese capital Valletta on Wednesday for talks on tackling Europe's migration crisis.

African leaders will be asked to approve an action plan aimed at tackling the root causes of mass migration, according to a draft obtained by AFP.

While Eritreans are fleeing a bloody and repressive dictatorship, the exodus from Kodjan, where the local economy is almost entirely reliant on agriculture, is about money.

"At the end of the winter season, there is nothing left to do, and young people would rather leave than remain idle, dying of shame," says farmer Ousmane Diarra.

He tells AFP that in every family at least three young men are "on some foreign adventure, earning money for their relatives".

Assistant village chief Moussa Diarra, 77, explains the situation to Kodjan's council as he sits in a wooden chair under trees in a yard among chickens pecking for grain and women pounding millet.

"The villagers scrape together the money the young people need to travel," he says.

"Last month for example, we sold an ox and, with the money raised, three young people left."

According to the official, young people travel to Mali's cities to look for work and, when they have saved enough, set out across the desert to Libya or Morocco, and onward across the treacherous Mediterranean Sea.

"When young people arrive in Europe, this is a really happy event for us here. It solves our problems," says Oumar Diarra, 62, another villager.

Nearby, Sika Diarra proudly points out a satellite dish on his roof.

"I have a son who is in Spain. It is an adventure. He sends us money and it is thanks to him that we have the satellite dish," he says.

"We pray to God that his little brother will also make it to Europe. That's all that can save us. Nothing else," adds his wife.

Nearby, a girl aged 15 with a baby on her back explains anxiously that her husband went to Spain two years ago and she has since heard nothing.

Other girls in the village say they have not heard from their husbands in more than five years.

"I know it's not easy, but it's a choice you have to make," says Maimouna Diarra, another villager.

"Our sons leave their wives here to set out for this grand adventure, but they cannot return because they have no papers. So the women wait for however long it takes."

The pattern is repeated across the village. Living not far away, a girl aged seven barely knows her father, who has been living illegally in France for six years.

"That's the way it goes. They are willing to abandon women and children to leave," says Mamadou Keita, of the Malian Association for Deportees, which helps reintegrate Malians expelled from abroad.

Local radio presenter Diarra Djenaba Konare used to campaign for the young people to stay, but quickly realized that her advice on "the dangers of illegal migration" was falling on deaf ears.

Dying at sea, she said, is seen as more glorious for the young potential illegal migrant than staying at home to do nothing.

So far, it is the men who have been deserting, but Konare, a married mother-of-five, says women are increasingly striking out for Europe.

"We have to explain to the leaders of Europe that the solution is not to close borders," she said.

"They can close the borders, but young people will arrive anyway. The solution is to sit down with everyone and talk."