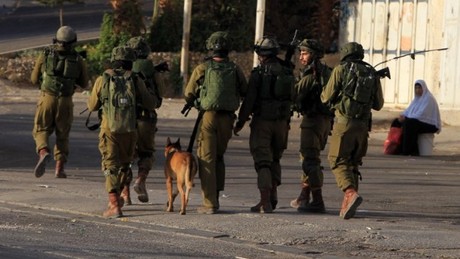 The raids targeted a suspected Hamas network in Qalqilya, a town just over the Green Line from Israel that is partly surrounded by Israel's controversial separation barrier.

"The heads of the network, who ran the regional headquarters, were operating to renew Hamas activity in the area and plotting terror activity," the army said.

Those detained included "senior Hamas operatives who have been previously arrested for participating and planning Hamas terror activity," it said, adding that around $9,000 had been seized.

The arrests come amid a flare-up of violence in Israel and the Palestinian territories that has seen 10 Israelis and 75 people on the Palestinian side -- one of them an Israeli Arab -- killed since October 1. Many of the Palestinians killed were alleged attackers.

The unrest has largely consisted of apparent lone-wolf attacks by young Palestinians on Israelis but Israel has accused Hamas of encouraging the violence from its bases in the Gaza Strip and in exile in Qatar.