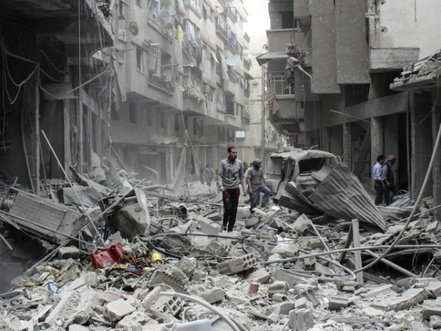 Two Jordanian policemen have died after assailants opened fire on their vehicle while it was on patrol overnight near the Syrian border, authorities said Tuesday.

It was not immediately clear who was behind the attack, which took place in Jordan's northern Irbid governorate bordering war-torn Syria.

The assailants opened fire on the police car and it overturned after the driver lost control, a statement from Jordan's general security department said.

A police captain and a corporal, who was driving the vehicle, were rushed to hospital with serious injuries and later died, it said.

Jordan is part of a US-led coalition battling Islamic State group jihadists who control swathes of Syria and Iraq.

The kingdom has bolstered surveillance of its border with Syria since the conflict started there in March 2011 and has arrested dozens of people trying to infiltrate the frontier.