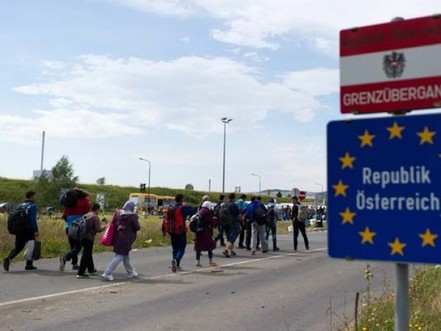 A bar owner in Austria said Wednesday she had banned "all asylum-seekers" after alleged attacks on guests, sparking strong criticism from human rights groups.

Karin Siebrecht-Janisch, who runs Charly's Bar in the picturesque spa town of Bad Ischl in Upper Austria state, said she took the decision after male migrants had repeatedly harassed her female clientele in recent months.

Things escalated on New Year's Eve when "several asylum-seekers" groped a waitress, according to Siebrecht-Janisch.

"After that I had enough and I decided to ban them all until we find the culprits. I need to protect my guests and my family," she told AFP.

Siebrecht-Janisch said she had also hired bouncers and introduced a two-euro door charge, which she expected "migrants aren't able to pay".

However, police in Bad Ischl said they had so far not received any complaints about the 120 asylum-seekers currently living in a local refugee center.

"We've often been called to Charly's for incidents, when there were fights or girls lying around drunk, but not anything involving refugees," a police spokesperson told Die Presse newspaper.

Austria has become a major transit country for the hundreds of thousands of migrants and refugees trying to enter the European Union, with some 1,000-2,000 arriving in Upper Austria on a daily basis at the moment.

Although many continue on to Germany and Scandinavia, some 90,000 applied for asylum in Austria in 2015 -- one of the highest rates per capita in the 28-nation bloc.

The influx has contributed to a rise in popularity for the far-right Freedom Party (FPOe) and prompted tensions within the ruling centrist coalition of Chancellor Werner Faymann.

Charly's first made headlines earlier this week when Siebrecht-Janisch posted a status update on Facebook announcing that her bar was now "free of asylum-seekers".

"Inciting hatred against 'foreigners' is illegal, but using the term 'refugee' or 'asylum-seeker' in a discriminatory way is not an offense under current sedition laws," explained Christina Schaefer of the ZARA initiative, which provides legal support to victims of racist attacks.

"We've been lobbying for ages to get this changed as it can leave people very vulnerable," she told AFP.

But Siebrecht-Janisch insisted she was not being racist.

"My Dutch husband is of colored origin and so are my children. I am just trying to find those responsible and then we can talk about letting those who are innocent back inside."