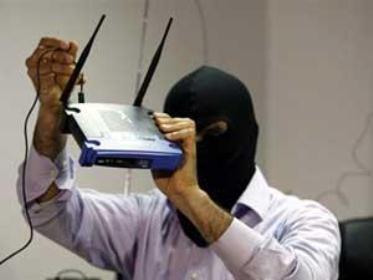 Seven rights groups have demanded that an investigation be launched in allegations that suspected Israeli spy, Tareq al-Rabaa, had been subject to torture while in custody.

They said in a statement that Rabaa was tortured while he was at the Defense Ministry on July 12, 2010, where he was being held for investigation.

It explained that while he was at the ministry, he received a telephone call from a French number that the Lebanese military intelligence suspected to be from the Mossad Israeli intelligence.

Rabaa was consequently tortured, forced to take off his clothes, and arrested against his will.

He was tortured through electric shock and beaten on his ears, continued the statement.

The suspect was allowed to meet with his lawyer after 32 days of detention, it added.

The lawyer however found out that the number actually belonged to a company that cooperates with Lebanon’s Alfa mobile phone services provider.

Rabaa was tortured for 108 days before being jailed in Roumieh prison, stressed the rights groups.

In addition, they revealed that the suspect refused to sign a confession presented to him by Lebanese intelligence.

This confession was the basis of the arrest warrant issued by the military judiciary in which Rabaa was accused of collaborating with Israel, the statement noted.

The suspect’s trial commenced in February 7, 2011 during which the Defense presented all evidence proving his innocence and torture, but the military tribunal refused to take the reports into consideration, it explained.

The statement said: “Rabaa is a victim of torture and his ordeal is a dangerous violation of Lebanon’s criminal trial law.”

It demanded his immediate release and holding those responsible for his torture accountable for their actions.

Observers attributed this unjust arrest to Hizbullah’s efforts to prove that telecommunications evidence used by the Special Tribunal for Lebanon has been tampered with by Israel through its spies in Alfa.

They added that Rabaa probably paid the price of these efforts.

Last year, Lebanese authorities arrested a number of individuals working for Alfa on suspicion of collaborating with Israel.

The STL has accused four Hizbullah members of being involved in the assassination of former Premier Rafik Hariri.

Hizbullah has slammed the accusations, deeming the tribunal an Israeli-American product aimed at destroying the party.

It is no secret that Hizballa controls the Lebanese Military intelligence and they do as Hassouna tells them.

Who the hell cares. Im not a supporter of march8 but all spies deserve to be hanged and as such i couldnt care less if they are tortured or not. To spy for foreigners, especially an enemy is disgusting. And allouchi, our police, army, isf are all thugs. All of them torture inmates, prisoners and suspects of all kinds of crimes, not only spying. So its not correct to blame it on hizbullah. Would u dare to be a prisoner in the custody of amal, mustaqbal, LF etc? Of course you would get tortured depending wich sect you belong to and where you ended up. Imagine a mustaqbal sunni ending up in custody of army soldiers who suport amal? Or a hizbullah supporter ending up in custody in a LF dominated area? Etc.

Mr.Tarek Rabaa's case is obviously been exploited which leads to a conclusion that obviously a political issue,pointing someone,just to cover up themselves.don't close your eyes officers..This respectable engineer is been exploited,until when u will keep this innocent man in the prison?Release this accussed man for he is INNOCENT...

When i read this article i felt not OK. TAREK Rabaa is a victim of Iranian, Syrian & the regime of March 8. This story touch the resistance image. I don't support this resistance anymore,..i ask Mikati to resign. These organizations to interrogate Nizar Khalil.

This is the scandal to enjail Tarek Rabaa. They targeted Tarek Rabaa because: the Special Tribunal for Lebanon's indictment, the pretext of the private transmission network of the resistance as well as personal interests in the ministry of telecom and last but not least to cover the torture, arbitrary detention and the violation of law, and to uncover the real spies by distracting the Lebanese authorities by a fabricated story and indictment similar to Sindibad stories. Tarek is still in jail victim of their agenda.
Nizar Khalil the head of military court want to appear as he's the man who saved the country whereas in fact he wants to save the resistance from the STL indictment by prosecuting Tarek Rabaa. GAME over

i ask to prosecute Nizar khalil for breaching the law

This is a scandal behind targeting Tarek Rabaa: the STL indictment, the private transmission network of the resistance as well as personal interests in the ministry of telecom and last but not least to cover the torture, arbitrary detention, the violation of law and to uncover the real spies. Tarek is still in jail victim of their agenda and he is for sure innocent from their fabrications and lies.
Tarek is an employee who follows orders and he cannot do any expansion in the transmission network without the approval of Alfa management and the ministry of telecom.

i support dissolving the military intelligence.

Marwan Hayek, the CEO of Alfa is involved in the conspiracy on Tarek Rabaa. Najib Mikati is silent and weak. He think the lebanese will applaude to him for just being listed on Forbes magazine

Nizar Khalil is one of the gang member in the military court. Sakr Sakr is liar. NABIH BERRI SHALL BE PROSECUTED FOR COVERING THE GANGS

Nizar Khalil you are a vampire together with Mirza & Sakr Sakr

elias el murr was the minister of defense who covered the torture when they kidnapped Tarek.

the gang the so-called Hizbullah in lebaon assassinated Hariri. The scandal is in the case of Tarek Rabaa

Where are they those organizations? Tarek Rabaa is still in jail and they keep on being silent

Tarek RABAA is the most honest man in the country . his fabricated file will fall down .

Shame on you Elias EL MOR the ex minister of defense . Shame on you & Don't accuse the innocent again .

shame on you REUTER Agency . LIARS .