Austria Tells Macedonia to Be Ready to Close Border 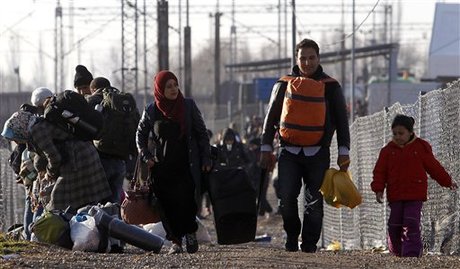 Austria's foreign minister warned Macedonia on Friday that it should be ready to close its border to migrants, saying that Vienna may also begin turning refugees away in coming months.

"The migrant ceiling that Austria has set for 2016 will likely be reached in the next few months and Austria will then stop migrants at its borders," said Sebastian Kurz, whose country has set a refugee cap of 37,500 for this year.

"Macedonia should be ready to stop the entrance of the migrants on its border," the minister told reporters in German, then translated into Macedonian.

"We know that this is a difficult task and today we agreed that Austria will give support," including police and military help, he added.

Since November only refugees from Syria, Afghanistan and Iraq have been allowed to cross the Macedonian-Greek border on their journey to western Europe, but migrants from other countries have still tried to get across.

Macedonia is this week building a new razor-wire fence parallel to an existing one on its border with Greece to make it harder for them to enter the Balkan country illegally.

The European Commission last month pledged to increase security at the frontier, where there are currently more than 60 police officers from other countries to help control the influx.

On Friday, EU member states gave Greece -- the main gateway for migrants traveling to Europe -- a three-month ultimatum to remedy "deficiencies" in controlling the influx or effectively face suspension from the Schengen passport-free zone.