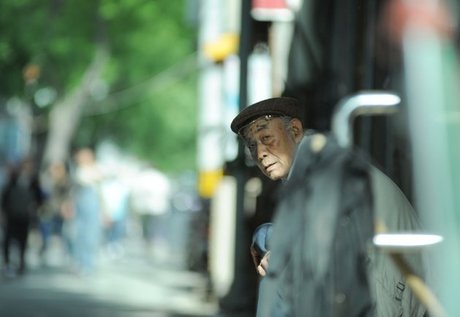 Scientists are beginning to decode the complex biology of aging and are optimistic that recent advances in research may lead to treatments that can slow or even reverse degeneration and disease.

"We are seeing a major change, very important developments and real therapeutic efforts to try to treat age-related illnesses," said Norman Sharpless, professor of medicine and genetics at the University of North Carolina.

"It's a very exciting time in aging research," said Sharpless, of the Lineberger Comprehensive Cancer Center in the university's school of medicine, citing recent studies in France and the United States.

The French research, led by Jean-Marc Lemaitre at the Functional Genomics Institute, published in October, shows cells from elderly donors can be rejuvenated as stem cells, erasing the ravages of age and proving that aging is reversible.

"It's a major advance," Sharpless said, noting that if many age-related diseases such as cancer, cardiovascular problems or Alzheimer's are to be defeated, regenerative medicine will be required.

But he stressed that "cellular therapy is very difficult to develop," and expectations must be kept in check.

"The way trials work, it is going to be a couple of years before that research is translated into human aging research because of the risk of cancer frankly," Sharpless warned.

"The worry is while those cells are great, there are some risks for the recipients."

At the end of 2010 an American study in Boston showed that aging could be reversed in mice that were treated with telomerase, a naturally occurring enzyme in the body that protects DNA sequences (telomeres) at the end of chromosomes and which shorten cellular aging.

A second U.S. study conducted on genetically-modified mice, published in early November in the British journal Nature, showed that the removal of senescent cells, which cease to renew themselves and increase with age -- they represent 10-15 percent of an elderly person's cells -- would prevent or defer aging.

"By attacking these cells and what they produce, one day we may be able to break the link between aging mechanisms and predisposition to diseases like heart disease, stroke, cancers and dementia," said James Kirkland, head of the Mayo Clinic's Robert and Arlene Kogod Center on Aging.

"There is potential for a fundamental change in the way we provide treatment for chronic diseases in older people," he said.

The mice were treated with a substance that caused their senescent cells to self-destruct, causing a major improvement in their health which saw them not suffering the usual ills of aging such as a decrease in muscle mass or reductions in a layer of fat that can prompt the onset of wrinkles.

Judith Campisi, of the Buck Institute for Age Research at the University of California at Berkeley, said the recent research carried out in France and the United States bodes well for the future.

"Of course we are not there yet, there is still a long way to go," she said, noting the French study showed "aging is not as irreversible as we thought," but the Nature paper highlighted that "we also know that there is something about the aging organisms that will make stem cells not behave very well."

Dan Perry, president of the Alliance For Aging Research in Washington, said there was a lot of excitement within the scientific community at how research may lead to the development of therapies to combat aging and major diseases.

"But it will take more money and effort to bring these across the line into treatment," he noted.

"The hope here is not to extend life span but to extend the health span... in order to reduce the impact of diabetes, cardiovascular disease and cancer," allowing people in their 70s and 80s to enjoy better final years.

"The demographic moment of truth is upon us," he concluded.