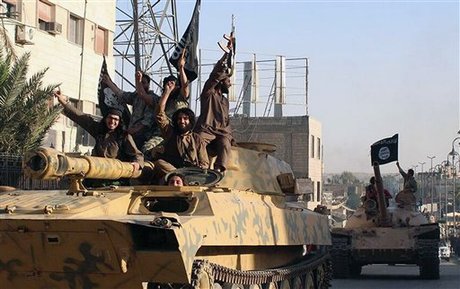 Prosecutors in Kosovo have pressed terror charges against three alleged Islamic State group supporters, including two who went to the Syrian frontline to wage jihad, an official said Thursday.

The pair allegedly fought with the extremist group in Syria last year while the third "was propagating and recruiting people through Facebook to join IS," Liridona Kozmaqi, spokeswoman of the chief prosecutor's office, told AFP.

The third was even "publicly inviting IS to liberate Kosovo", according to the indictment against him.

Kozmaqi said one of the men was out on bail while the other two were in detention. Their ages were not disclosed.

Muslim-majority Kosovo is home to 1.8 million people, around 300 of whom have joined the jihadists' frontlines in Iraq and Syria in recent years -- the highest ratio in any European country.

Kosovo's authorities have subsequently strengthened legislation and made high-profile arrests in a bid to root out suspected Islamist networks.

They say around 50 homegrown jihadists have been killed in fighting while around 120 have returned to Kosovo.

In another case, a court in eastern Kosovo on Thursday ordered that a girl who attempted to leave Kosovo to join IS be put under surveillance for a year.

She and a friend were caught last year trying to illegally cross into Macedonia, from where they were planning to fly to Turkey and on to Syria, the court said.

Visiting Pristina in December, U.S. Secretary of State John Kerry said Kosovo had "set a powerful example" for the region in preventing jihadists but added: "It's obvious that more needs to be done."

The issue has touched most of the Balkan region, including Bosnia, Serbia and Albania, where legislation against jihadists and their recruiters has also been tightened.