Austria's New President: 'The Lesser Evil' who Beat the Far-Right 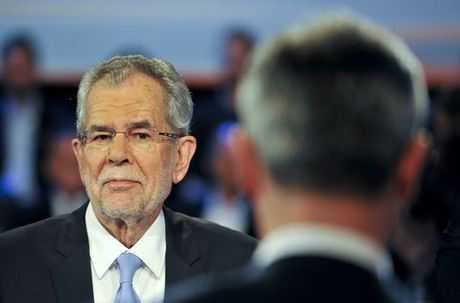 Fans affectionately call him "the professor" or "Sascha", a diminutive of Alexander in reference to his Russian roots, while his critics decry him as a haughty "green dictator".

Instead of healing Austria's political rift, Alexander Van der Bellen has proved as divisive a figure in the country's nail-biting presidential race as his far-right rival.

Despite backing from the nation's most illustrious personalities including Chancellor Christian Kern, the ex-Green party leader struggled to convince many conservative voters, who accused him of pandering to the left.

But he managed to beat the odds to pip Norbert Hofer of the Freedom Party (FPOe) by a paper-thin margin of just 31,000 votes.

"He's the lesser evil of the two," was a commonly heard phrase at polling stations in Vienna, and Van der Bellen even used this pitch to undecided Austrians.

"I ask all those who don't like me but perhaps like Hofer even less to vote for me," he had pleaded ahead of Sunday's runoff.

"Otherwise we run the risk of not recognizing Austria if Norbert Hofer becomes president."

At 72, the grey-haired economics professor often cut a somewhat disheveled and tired-looking figure next to the FPOe's gun-enthusiast Hofer, 45, who walks with a cane after a paragliding accident.

But first impressions can be misleading.

Van der Bellen's decade-long career as leader of the Greens Party until 2008 has turned him into an agile and at times aggressive opponent in debates.

"I don't want that Austria becomes the first country in western Europe led by a populist right-wing, pan-Germanic fraternity member," he told voters.

He also vowed to not swear in Strache as chancellor if the FPOe, currently ahead in polls, wins the next general election scheduled for 2018.

The remark prompted Hofer to call him a "fascist green dictator".

Increasingly sharp exchanges between the two men often degenerated into political mud-slinging, highlighting their glaring differences over issues like the migrant crisis.

Van der Bellen revealed he himself was a "child of refugees who has received a lot from Austria".

He was born on January 18, 1944 in Vienna to an aristocratic Russian father and an Estonian mother who had fled Stalinism.

The arrival of the Red Army a year later forced the family to escape to the southern state of Tyrol, where Van der Bellen spent an "idyllic childhood".

"I'm talking about Europe: E-U-R-O-P-E. Never heard of it?" Van der Bellen taunted his opponent during a TV duel.

Adversaries have also accused Van der Bellen of being a "turncoat" because he was a member of the Social Democrats before joining the Greens in the early 1990s and eventually becoming their president.

Under his leadership, the party went on to achieve record results, but he quit after the 2008 election when the Greens lost votes for the first time in almost 10 years.

As Austrian president, he dreams of a fence-free "United States of Europe", which defends the rights of minority groups.

An outspoken supporter of gay marriage, the divorced and recently remarried father-of-two garnered signatures from more than 4,000 public figures in the course of his presidential campaign.

This prompted a seemingly unimpressed Hofer to attack his rival for being too highbrow: "You have the glitterati, but I have the people," he snapped.

"I once quit for four months... but why should I torture myself at my age!", he said.