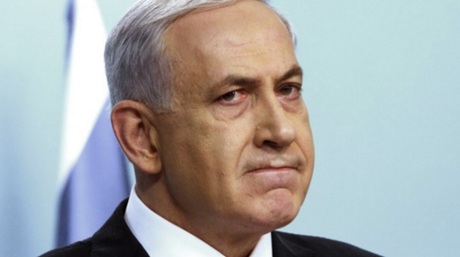 A key party in Israeli Prime Minister Benjamin Netanyahu's newly expanded right-wing coalition threatened to bring it down on Sunday over a demand related to the military.

The Jewish Home party, whose leader Naftali Bennett is a political rival to Netanyahu, said it would vote against the expanded coalition in parliament if its demand was not met.

The expanded coalition was agreed to on Wednesday when Netanyahu controversially joined forces with ultra-nationalist Avigdor Lieberman, set to become defence minister.

Parliament is expected to vote on Monday on the deal, which would form what is seen as the most right-wing government in Israel's history.

"We will vote against if the issue is not resolved," Justice Minister Ayelet Shaked of Jewish Home told army radio.

Asked about the chances of new elections over the issue, she said it was a "possibility."

Jewish Home has demanded the creation of a military liaison for the government's security cabinet, a smaller forum of cabinet members which decides on matters of national security.

Bennett says such a post is needed to avoid security cabinet members being kept in the dark on important developments, pointing to aspects of the 2014 conflict with Palestinian militants in Gaza, among other concerns.

"I am not prepared to have soldiers die because the security cabinet is left blind due to someone's ego," Bennett wrote on social media, referring to Netanyahu.

Netanyahu has offered to create a panel of experts to look into potential reforms, but Bennett has rejected it.

While some analysts say such a change is needed, the demand is also seen as political maneuvering ahead of the next elections, due by 2019 at the latest.

Bennett is widely seen as aspiring to replace Netanyahu, whose Likud party is currently the largest in parliament.

Lieberman and his Yisrael Beitenu party will add five lawmakers to Netanyahu's previous one-seat majority, giving it 66 seats out of 120.

The move to hand the defense ministry to the 57-year-old hardliner has sparked deep concern among Israeli centrist and left-wing politicians, as well as among some of Netanyahu's Likud colleagues.

On Friday, environment minister Avi Gabbay announced his resignation in a strongly worded statement that accused Netanyahu of putting the country on a path to ruin.

Gabbay, of the center-right Kulanu party, is not a member of parliament and his resignation does not affect the ruling right-wing coalition's majority.