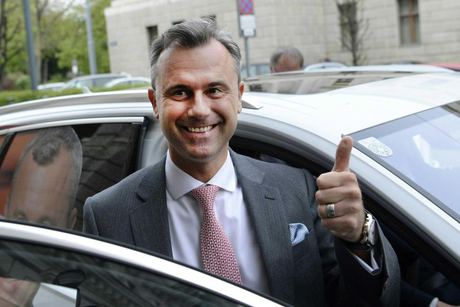 Austria's far-right is probing "countless" cases of fraud in last week's presidential election that saw its candidate lose by a narrow margin, the party chief was quoted as saying Sunday.

"We are going to get the countless indications (of irregularities) looked at by an independent, neutral body and then decide" whether to challenge the result, Freedom Party (FPOe) head Heinz-Christian Strache said.

"There are lots of indications coming from voters, and so far five criminal complaints where the law was obviously broken," he told the populist Kronen-Zeitung daily in an interview published Sunday.

"The result of the election could change," Strache said.

Mirroring the rise of other populists in Europe and beyond, Hofer had tapped into unease about immigration and Austria's faltering economy to win support not just among poorer, less educated voters but across the board.

For the most part, however, the allegations concerned postal votes being opened for counting too early, which experts say is thought unlikely to change the overall result.

Strache meanwhile has been forced to call for supporters to tone down their rhetoric after some fans called for violence against Van der Bellen and even published his address on Strache's popular Facebook page.

According to press reports, this has prompted police to beef up security around Van der Bellen.

The FPOe is now looking ahead to the next general elections, due in 2018. The party is leading the opinion polls with more than 30 percent, while the two centrist parties in the governing coalition look set to fall short of a majority.

In a Gallup poll of 600 people published Sunday by the Oesterreich daily newspaper, the FPOe was in first place on 34 percent. The Social Democrats (SPOe) of Chancellor Christian Kern were on 24 percent, their center-right coalition partners the People's Party (OeVP) on 21 percent.