Austrian FM Says Migrants to EU Should be Kept on Islands 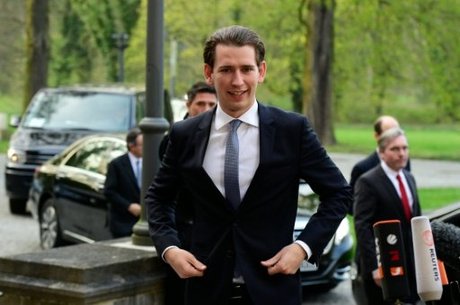 Asylum seekers to the European Union should be held on islands rather than be allowed direct access to the continent, Austria's foreign minister has said.

Sebastian Kurz suggested in an interview with Die Presse newspaper published Sunday that the bloc follow the "Australian example" to discourage migrants from setting out on the often perilous journey to Europe.

Under Australia's harsh and much-criticized immigration policy, asylum-seekers who try to reach Australia by boat are turned back or sent to Pacific camps in Nauru and Papua New Guinea where they are held indefinitely while their refugee applications are processed.

They are blocked from resettling in Australia even if found to be refugees.

"The Australian model of course cannot be completely replicated but its principles can be applied in Europe," the minister said, adding that he was skeptical about the impact of a recent agreement with Turkey aimed at reducing the number of migrants traveling to the continent.

A similar model was used in the United States in the first half of the 20th century, with new arrivals being held on Ellis Island as they traveled to New York, he said.

Kurz added that the EU should adopt a resolution whereby those who try to enter Europe illegally lose their right to demand asylum.

Some 204,000 migrants and refugees have crossed the Mediterranean to Europe since January, the United Nations refugee agency said this week.

More than 2,500 people have died trying to make the journey this year -- the vast majority of them on crossings between Libya and Italy -- as Europe battles its worst migration crisis since World War II.

Many migrants saved from the sea are already directed to Greek islands or the Italian island of Lampedusa.

Austria, governed by a coalition of social-democrats and conservatives, welcomed some 90,000 asylum seekers last year, but since then Vienna has hardened its conditions of asylum and tried to close the migrant route from Greece to the north of Europe via the Balkans.

Last month a candidate from the far-right Freedom Party (FPOe) narrowly lost the election for the largely ceremonial but coveted post of president.