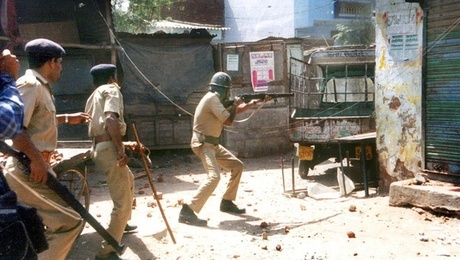 Indian prosecutors sought the death penalty on Monday for 24 Hindus convicted over a massacre during religious riots in 2002 when Prime Minister Narendra Modi was chief minister of the state where it happened.

Judge P.B Desai heard submissions from the prosecution as well as lawyers representing the 24 convicted over the killings, before adjourning final sentencing until Thursday.

The 24 were found guilty last week of playing a role in the massacre of 69 Muslims who were hacked and burnt to death as they sheltered at a residential complex in the city of Ahmedabad, in Gujarat state.

It was one of the single worst massacres of the week-long violence that left more than 1,000 people dead in total.

Public prosecutor R.C Kodekar told the court on Monday some of the victims were women and children.

"The crime is rarest of the rare as the victims were hacked to death and then burnt by the accused," Kodekar told the court.

"The victims were killed only because they belonged to the minority community.

"The accused had targeted innocent people, so they must get the maximum punishment prescribed in law," Kodekar said.

Judge Desai last week convicted 11 people of murder and another 13 of lesser offenses following a years-long trial. Another 36 were acquitted for lack of evidence.

The judge also ruled the massacre at the Gulbarg Society complex was a spontaneous attack, rejecting claims of a pre-planned conspiracy against Muslims.

Defense lawyer Abhay Bharadwaj said the 24 should be given minimum sentences given the judge's rejection of criminal conspiracy.

The riots have long dogged Modi, who has been accused of turning a blind eye to the violence.

The Hindu nationalist premier was cleared in 2012 by a Supreme Court-ordered investigation of any wrongdoing.

The violence was triggered by the death of 59 Hindu pilgrims in a train fire on February 27, 2002, that was initially blamed on Muslims.