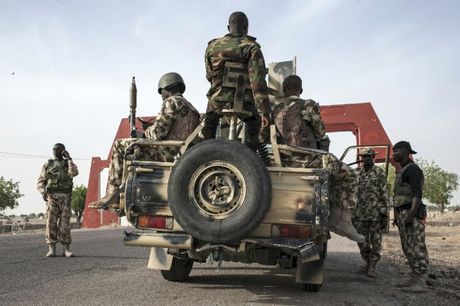 About 50,000 people have fled a town in Niger's troubled southeast after deadly attacks by Boko Haram insurgents, the United Nations said Tuesday.

The attacks began Friday against a military post in Bosso in Niger's Diffa region, killing 26 soldiers including two from neighboring Nigeria.

A total of 55 insurgents from the Nigeria-based Islamist group were killed and "many" injured, according to authorities.

Edwards said most of those fleeing the violence walked westwards to Toumour, some 30 kilometers west of Bosso.

"Many people are reportedly traumatized and worried about their safety. People are sleeping in the open and urgently need shelter and other assistance," he said.

A local journalist working with Radio Anfani told AFP he was sheltering in Toumour with no food, along with many others who fled the violence.

"The Boko Haram gunmen stayed in Bosso from 6:30 pm (1730 GMT) on Friday to 3:00 am on Saturday, burning the military barracks, police facilities and local administration office before looting shops and carting away food supplies," he said.

"Everybody started leaving the town and surrounding villages at dawn after the gunmen had left."

He said that the gunmen used heavy artillery which allowed them to overrun the town's garrison.

"They came in large numbers shouting 'Allahu Akbar' (God is Greatest)," he said.

The journalist, who declined to be named, said that he subsequently learned that the fighters returned later on Sunday and "engaged troops redeployed to the town in fierce battle".

"The troops retreated, leaving Boko Haram militants in control of the town," he said, although the claims could not immediately be verified.

However, Niger's defence minister Assoumana Malam Issa has said that the military had regained control of the town.

Edwards said some of those displaced had moved on from Toumour and were heading to the town of Diffa, around 140 kilometers west of Bosso, and northwards towards a camp for internally displaced people that is already nearing its maximum capacity of 10,000.

"The welfare of these people and others forced to flee the violence in Bosso is of great concern," he said.

The latest attack was among the deadliest by the jihadist group in Niger since it began launching raids in the country in February 2015 from its stronghold in neighbouring Nigeria.

At least 240,000 people have been displaced in the Diffa region since then.

UNHCR, which has not had a presence in Bosso since the Boko Haram raids began nearly a year and a half ago, said it was working with the authorities and local partners to coordinate the response to the mass exodus.

"A team will be en route to the Diffa region this week," Edwards said.

Boko Haram's seven-year insurgency has devastated infrastructure in Nigeria's impoverished northeast and forced around 2.1 million people in the country to flee their homes, according to UNHCR.

The unrest has left at least 20,000 people dead in Nigeria and made more than 2.6 million homeless.