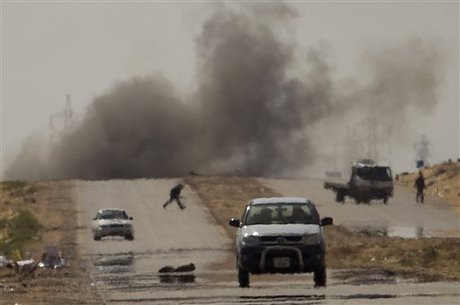 Two car bombs went off in the Libyan capital Tripoli on Thursday morning, damaging nearby vehicles but causing no casualties, said a security official.

The bombings hit behind the Ministry of Foreign Affairs and near the entrance to a naval base that was the headquarters of Libya's unity government when it set up operations in the city in late March, he said.

"The explosions did not cause any casualties," but caused limited damage to nearby cars, said the official, speaking on condition of anonymity.

No group claimed responsibility for the attacks.

Car bombs have hit Tripoli several times since the revolution that toppled strogman Moammar Gadhafi in 2011, but the capital had not seen such an attack since September 8, 2015.

Libya's Government of National Accord (GNA) unity government arrived in Tripoli in late March after a U.N.-backed agreement in Morocco in December 2015.

It has struggled to assert its authority across the country, facing opposition from a rival government in the east.

Pro-GNA forces are fighting to oust Islamic State group militants from the last areas they control in their coastal stronghold of Sirte, 450 kilometers (280 miles) east of Tripoli.