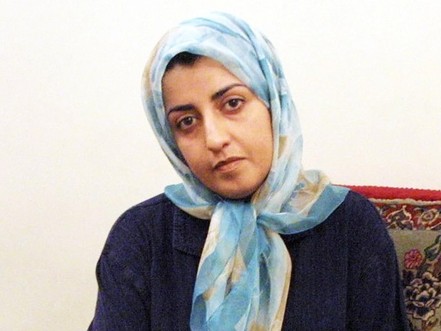 Reporters Without Borders (RSF) late on Wednesday condemned a decision by an Iranian appeals court to uphold a 10-year jail sentence against journalist and human rights activist Narges Mohammadi.

Mohammadi, 44, is one of Iran's best-known journalists and was awarded the City of Paris medal earlier this year for her work as a defender of women's rights.

She was the spokesperson of the Centre for Human Rights Defenders and campaigned for an end to the death penalty in Iran.

Initially arrested in May 2015, the mother-of-two was sentenced to a total of 16 years in April, according to a statement from RSF.

Under a law passed last year, she will only serve the sentence linked to the most important charge -- in this case 10 years for "forming and managing an illegal group" which pressed for an end to capital punishment.

RSF said her lawyers received the news as her colleague, 2003 Nobel peace laureate Shirin Ebadi who founded the Centre for Human Rights Defenders, was meeting with Paris mayor Anne Hidalgo and RSF secretary general Christophe Deloire in the French capital.

"I condemn this sentence imposed by the Iranian judicial system as Narges's only crime is to be a human rights defender in a country that flouts these rights," Ebadi told RSF.

Mohammadi went on hunger strike in June after being denied phone contact with her children, who live with their father in France. The authorities relented after 20 days of the hunger strike.

There has yet to be any official confirmation of the appeal court verdict from within Iran.

Iran was this year ranked 169th out of 180 countries in RSF's World Press Freedom index.