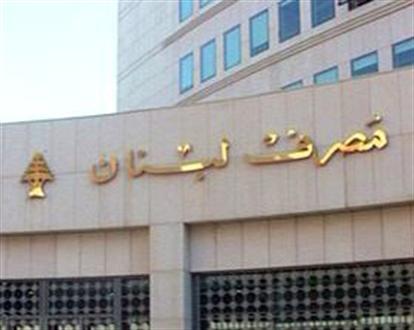 "Banks are taking extremely strong precautions to avoid bad surprises regarding people or institutions under sanctions," said one official who works at one of Lebanon's top banks. "No one wants to expose himself to pressure or problems.

"Banks are running away from anything that has to do with Syria like it's a disease because the U.S. is closely watching."

He requested anonymity because of the sensitivity of the issue and banking secrecy laws.

He told Agence France Presse that the precautions taken apply to transactions by long-standing Syrian clients as well as new account applicants, many of whom are being turned down.

The measures are in light of U.S., European and Arab League sanctions slapped on the Syrian regime over its fierce crackdown against an eight-month revolt that has left thousands dead.

"All accounts held by Syrians are under surveillance so that banks themselves don't end up facing punitive measures," said an official at another top bank who also requested anonymity.

"No transfers from accounts held by Syrian clients are being made in dollars and other transactions need special approval," she added.

The U.S. sanctions adopted last summer have forced Syria to stop all transactions in U.S. dollars, prompting the country to turn to the euro.

Lebanese banking officials said it was clear that many Syrians had taken their money out of the embattled country soon after the revolt broke out mid-March.

According to figures from the Association of Banks in Lebanon, in March, when the revolt in Syria broke out, there was a net inflow to Lebanese banks of 1.34 billion dollars and in April 1.8 billion dollars.

"There is a consensus in Lebanon that this was Syrian money," one of the officials said.

Comparatively, before the unrest in January, a net outflow of deposits totaled 1.1 billion dollars, largely because of the collapse of the Lebanese government that month.

Economy Minister Nicolas Nahas told AFP this week that Lebanese banks would have no dealings with the Syrian central bank or any individuals targeted by the sanctions.

Central Bank governor Riad Salameh for his part said Damascus has no funds deposited at the Lebanese central bank.

In an unprecedented move, the Arab League on Sunday approved a raft of sanctions against Syria to pressure Damascus to end its deadly crackdown.

The sanctions include freezing government assets, suspending cooperation with Syria's central bank and halting funding for projects in the country.

Lebanon's Hizbullah-led government disassociated itself from the vote at the Arab League.

This is a very good sign that the message from the international community has been delivered in Lebanon and embraced by the Lebanese. The threshold and the key was the STL funding issue. Once that happened on yesterday, and the Lebanese saw that they could take action to preserve the stability of the country without incurring the wrath of Hezbollah, then these other steps that are being taken to isolate Syria, under threat of sanctions, can be taken with a greater degree of confidence.

Let us hope that acting on behalf of Lebanon can become habit forming on the part of the government. True they acted this time out of fear for the consequences of sanctions on their personal fortunes, particularly Mikati, but you must start somewhere.