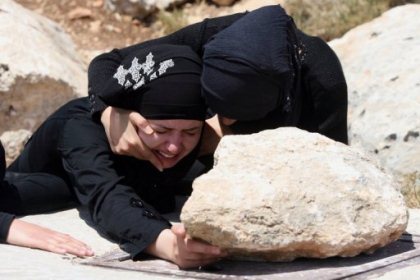 More than 2,800 so-called honor attacks -- punishments for bringing shame on the family -- were recorded by Britain's police last year, according to figures released Saturday.

The figures were compiled from 39 out of the 52 British police forces. The others were unwilling or unable to provide data. Eight areas recorded at least 100 incidents, the figures showed.

Compared with 2009 figures released by 12 police forces, there was a 47 percent rise in incidents.

"This is the first time that a national estimate has been provided in relation to reporting of honor-based violence," the report concluded.

"The number of incidents is significant, particularly when we consider the high levels of abuse that victims suffer before they seek help."

IKWRO director Diana Nammi told the BBC: "The perpetrators will be even considered as a hero within the community because he is the one defending the family and community's honor and reputation."

Honor-based violence is an "organized or collective crime or incident" orchestrated by a family or within a community, she said, adding: "It can be by a relative and sometimes on the order of community members."

Things considered dishonorable include having a boyfriend, being a rape victim, refusing an arranged marriage, being gay and in some cases wearing make-up or inappropriate dress.

IKWRO believes the British government does not have a proper national strategy to deal with honor-based violence.

Though it believes awareness of the issue has increased in recent years, police, teachers, social workers and other professionals "still don't really understand it".

A spokesman for the Home Office interior ministry said: "We are determined to end honor violence and recognize the need for greater consistency on the ground to stop this indefensible practice.

"Our action plan to end violence against women and girls sets out our approach to raise awareness, enhance training for police and prosecutors and better support victims."