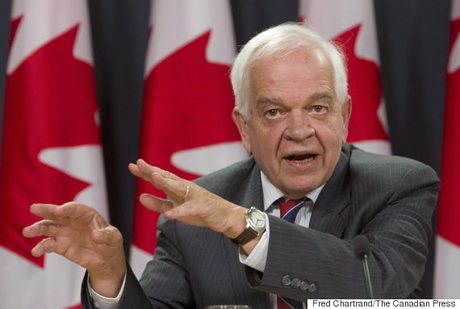 Several nations gathered in Ottawa on Wednesday to explore importing Canada's unique refugee system that looks in part to private individuals, church groups and others to sponsor asylum seekers.

Developed in the late 1970s, at the height of the boat-people crisis in Southeast Asia, the program has facilitated the resettlement of 288,000 refugees to Canada.

Since November 2015, more than 13,000 Syrian refugees have also been resettled in Canada through private sponsorship.

Its operation is simple: A Canadian or a group of individuals may sponsor an individual refugee or family by committing to the government to cover the needs of the individual(s) for one year.

"The world is living through the worst refugee crisis it has seen in decades," McCallum told a press conference kicking off the three-day forum.

"This initiative, which is essentially to export to interested countries in the rest of the world our private response (for) refugees, could make a significant impact on the refugee crisis."

"It won't solve it. It's a huge crisis... but it could make a difference."

Representatives of Argentina, Australia, Brazil, Britain, Chile, Germany, New Zealand, and the United States are attending the conference, which wraps up on Friday.

More have expressed interest in the system, said McCallum.

Britain has already started implementing the Canadian system while other nations have pilot projects under way.

"The UNHCR fully embraces this sponsorship... private sponsorship by ordinary citizens, by professionals (because) it shows how individuals are engaged for refugees to create this welcoming society that today we need more than ever," commented Johannes Van Der Klaauw of the U.N. refugee agency.

"It has been working for thirty years, it is very well developed and there are strong lessons to be learned."