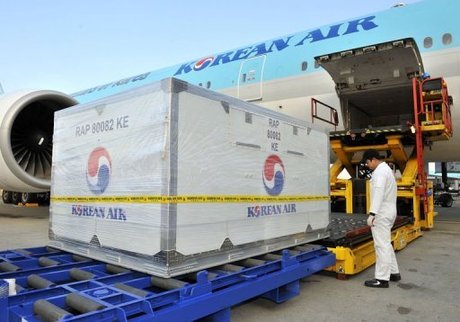 Japan on Tuesday returned to South Korea more than 1,000 volumes of historical documents it seized during its colonial rule of the peninsula in a gesture aimed at improving prickly relations.

A traditional troupe greeted the arrival of the 1,200 volumes at Incheon airport west of Seoul. After a ceremony attended by South Korean and Japanese officials, the books were to be transported to a state museum in Seoul.

The archives include royal protocols for weddings, funerals, banquets and other events during Korea's Joseon dynasty, which ruled from the 14th century until Japan took over in 1910.

Tokyo agreed to return the documents last year in an effort to improve ties.

Relations remain tense because of disputes that have lingered since Japan's 1910-45 colonial rule.

A row over disputed islands in the Sea of Japan (East Sea) -- known as Dokdo in Korea and Takeshima in Japan -- has often strained ties.

Seoul also complains that its neighbor’s school textbooks distort their shared history. And it wants to discuss compensation for Japan's use of Korean women as sex slaves during World War II.

Japan says all colonial issues were settled in a 1965 compensation deal that led to the normalization of relations.