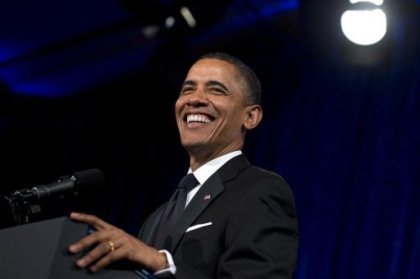 President Barack Obama on Thursday commuted the sentences of 330 people, mostly drug offenders, a record number issued in a single day, on the eve of his departure from the White House.

It is Obama's second such measure this week, including his surprise decision to commute the sentence of transgender army private Chelsea Manning, imprisoned for 35 years for handing more than 700,000 classified U.S. documents to WikiLeaks.

Originally set to be released in 2045, Manning will now walk free in May.

The president pardoned another 64 people on Tuesday -- including a former general who was a key member of his first national security team -- and commuted the sentence of 208 prisoners in addition to Manning's.

Thursday's announcement raises Obama's record for commutations to a total of 1,715, more than any other US president. He has freed 568 inmates sentenced to life in prison.

Most of the beneficiaries were serving lengthy sentences for small and first-time drug offenses. Obama has long called for correcting what he says is systematic injustice under a penal system now widely criticized for doling out excessive mandatory minimum sentences.

The president, who favors alternative punishments for such offenders, has repeatedly and unsuccessfully urged Congress to pass broad criminal justice reform.

More than 2.2 million people are currently behind bars in the United States, including legions of mentally ill and drug addicts, often from disadvantaged minority groups. Experts criticize the penal system for drastically increasing recidivism in a country with incarceration rates far ahead of other developed countries.

The Justice Department has been working hard in recent weeks to review all applications for leniency. It has processed more than 16,000 cases since April 2014, it said Thursday.

Obama's successor Donald Trump takes the oath of office during his inauguration ceremony on Friday.