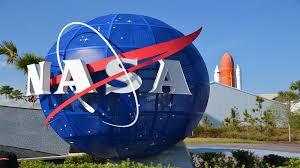 The US space agency said Friday it is considering putting astronauts on an upcoming test flight of the deep space capsule Orion as it aims to orbit the Moon.

Orion is being built with an eye to one day ferrying astronauts to Earth's neighboring planet, Mars, perhaps by the 2030s.

Until now, the Orion test flight known as Exploration Mission 1 (EM-1) was scheduled for 2018 and was expected to be unmanned.

But NASA's acting administrator Robert Lightfoot asked on February 15 for the space agency to study the feasibility of putting people on board, and the findings of that study are expected in the coming months.

"Our priority is to ensure the safe and effective execution of all our planned exploration missions with the Orion spacecraft and Space Launch System rocket," said Bill Gerstenmaier, associate administrator for NASA's human exploration and operations mission directorate.

The capsule will be propelled to space atop a rocket called the Space Launch System (SLS), which is currently being developed. NASA has described it as the "most powerful rocket in the world."

Orion will "fly farther than any spacecraft built for humans has ever flown," NASA added.

The space capsule also aims to "stay in space longer than any ship for astronauts has done without docking to a space station and return home faster and hotter than ever before."

The study is evaluating the pros and cons of adding two crew members, and could possibly delay the EM-1 mission until mid-2019.

The current plan is to send astronauts on Orion's second flight, EM-2, an eight-day mission in 2021.