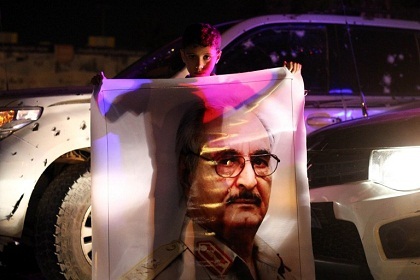 The self-styled Libyan National Army, commanded by strongman Khalifa Haftar, controls much of eastern Libya and is battling an array of jihadist groups who seized Benghazi in 2014.

The LNA announced on Saturday that "terrorist groups" had fled their last stronghold in Benghazi and that its forces were in full control of the city.

Human Rights Watch said the LNA "may have committed war crimes, including killing and beating civilians and summarily executing and desecrating bodies of opposition fighters," in the eastern city over the weekend.

The New York-based group urged Haftar to order a "full and transparent investigation" into the alleged crimes.

Persistent chaos in Libya since the 2011 ouster and killing of strongman Moammar Gadhafi has seen a range of armed groups battle for control of the country.