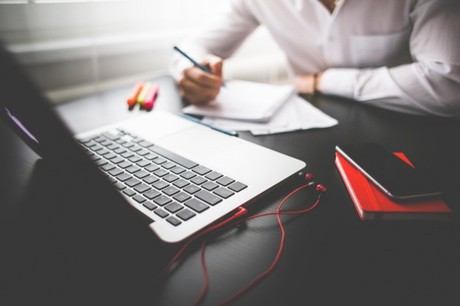 A Canadian man sent out invitations to a fake swingers' sex party in a desperate attempt to get himself removed from a New Zealand golf club's mailing list.

Ian Campbell from Toronto was accidentally added to the email list for a Friday group at the Russley Golf Club in Christchurch because he has a similar email address to a namesake member.

Campbell, who runs a home meal service for the elderly in his home city, told the New Zealand Herald newspaper that once he was on the list he couldn't get off despite several attempts.

"I e-mailed them three times to tell them I wasn't the right Ian Campbell but kept getting email updates," he said.

After doing some research, Campbell came across Tawse Manor on the outskirts of Christchurch which advertises itself as an "adult-themed" alternative accommodation venue.

He duly wrote an invitation to a party at the manor and hit "reply all."

"Just a quick note to our 'Russley Rounders'; as we did this time last year, a few of us will be meeting up at Tawse Manor around 7pm," Campbell wrote.

"Last year we had a lot of trouble squeezing 14 people into only two rooms, so this year we have reserved all four rooms and will have the whole manor to ourselves (with the exception of the Play Room from 11pm to 2am, when it is reserved for the Tawse Kink group).

"This year we are keeping it to a maximum of four per room (and couples will be split up this time - we don't need a repeat of last year's fiasco!!!)."

In a follow up email, Campbell apologised for sending the message to all rather than to the swinging "Rounders".

"I've fixed it now so we won't have the same email slip-up again. I realize that not everyone in the Friday Golf Group is privy to our extra-curricular activities at the Russley Rounders, and may not approve."

He then finally revealed the prank:

"I'm not the Ian Campbell you're thinking of, ok? All you have to do is remove my specific email address from your list and I will stop getting notices about your golf club on the other side of the world."

Campbell believes he has now been removed from the list.