Brazil Judge Calls for Calm ahead of Lula Questioning 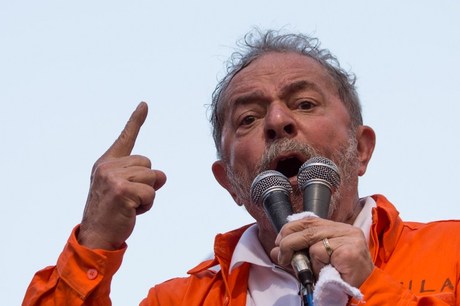 The Brazilian judge planning to question former president Luiz Inacio Lula da Silva this week in the vast Petrobras corruption scandal urged protesters to stay away from the courthouse where the two are due to meet.

Judge Sergio Moro is leading the "Car Wash" investigation of embezzlement and bribery at the highest levels of Brazilian politics.

Moro is to interview Lula on Wednesday in the southern city of Curitiba, raising fears of violent clashes between the former president's supporters and critics.

Authorities there plan to cordon off the courthouse district to prevent protesters from disturbing the hearing.

"I have heard that many people who support Operation Car Wash plan to come to Curitiba," Moro said in a video posted late Saturday on Facebook.

"This support has always been important, but it will not be necessary on Wednesday."

"We want to avoid any sort of confusion or confrontation; I don't want anyone to be hurt," he added.

Moro, whose investigation has made him a hero to many Brazilians, asked people to "let the justice system do its job."

The anti-corruption movement Vem Pra Rua (Take to the Streets) then said it saw no need for anyone to protest in Curitiba, adding that "all Lula wants is for trouble" to break out.

The leftwing Lula led Brazil from 2003 to 2010. Despite his current legal troubles, he remains Brazil's most popular politician, with polls showing him as the frontrunner for the 2018 presidential elections.

His lawyer on Friday denied the accusation from former Petrobras executive Renato Duque that Lula had been "fully aware" of the Petrobras bribery scheme.

"On these three occasions, it was clear, very clear to me, that he (Lula) was fully aware of everything and that he was in charge" of the bribery network at Petrobras, said Duque, who is serving a prison term of more than 50 years for bribery and money laundering.

A lawyer for Lula, Cristiano Zanin Martins, called this an attempt to "negotiate future benefits in exchange for frivolous accusations."

Lula's upcoming court appearance centers around a luxury beachfront apartment that he allegedly received from construction company OAS in exchange for illegal favors.

Prosecutors have previously called Lula the "top commander" in the corruption scandal, which is also being investigated by the Supreme Court. He faces five separate trials.