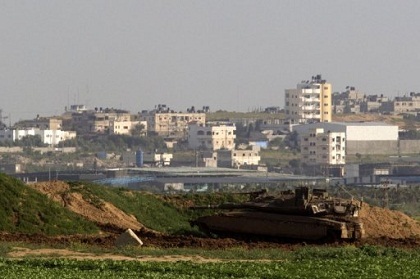 Gulf sanctions against Qatar could damage reconstruction in the Hamas-run Gaza Strip, where it has provided large financial backing, the head of a major humanitarian charity warned Tuesday.

The Gulf state is one of the largest donors to the impoverished Palestinian enclave and has funded the rebuilding of much of its infrastructure since a 2014 war with Israel.

Saudi Arabia and its allies cut off ties with Qatar on Monday, accusing it of supporting extremism.

Riyadh, Cairo, Abu Dhabi and Manama have also closed their airspace to Qatari planes, a move which could severely damage the Gulf state’s economy.

Jan Egeland, secretary general of the Norwegian Refugee Council and a former head of the U.N.’s humanitarian wing, warned Qatar might have to cut back some of its aid to Gaza.

“Qatar has been very important as an investor in Gaza and as a contributor to infrastructure progress there. It is my impression this may not easily continue,” he said.

After the 2014 war with Israel, gas-rich Qatar pledged $1 billion for reconstruction -- the largest of any single country.

As of December 2016, $216 million of that had been dispersed, according to the World Bank, with the Gulf state -- which is to host the 2022 FIFA World Cup -- suffering from falling energy prices.

Roads and other infrastructure in Gaza have been built with Qatari funding.

Qatar’s rulers have strong ties to Hamas, the Palestinian Islamist movement that runs Gaza but which is considered a terrorist organization by Israel, the United States and the European Union.

More than two-thirds of Gazans are reliant on international aid, with the enclave suffering from a decade-long Israeli blockade.