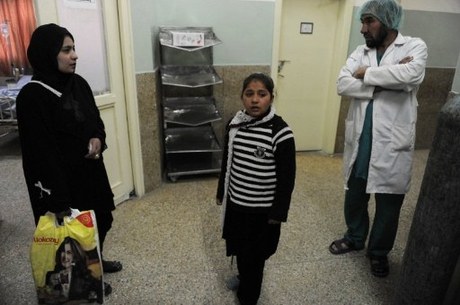 The victims were traveling in a minivan in the Greshk district of Helmand when their vehicle was caught in the blast on Monday, the provincial governor's office said in a statement.

They did not say how many women and children were killed, but two other women were injured and taken to hospital.

"Six civilians including women and children were martyred yesterday when their minivan hit a terrorist-planted roadside mine in Greshk district," the statement said.

There was no immediate claim of responsibility for the attack, but roadside bombs are frequently planted by Taliban-led insurgents fighting a decade-long war against NATO-led foreign troops and Afghan government forces.

Parts of Helmand remain highly unstable although provincial capital Lashkar Gah is under the control of Afghan forces and three other districts are due to transition from NATO to Afghan security control within weeks.

There are around 140,000 international troops, mainly from the United States, in Afghanistan helping government forces combat the insurgency.

The United Nations said the number of civilians killed in violence in Afghanistan rose by 15 percent in the first six months of this year to 1,462, with insurgents blamed for 80 percent of the killings.