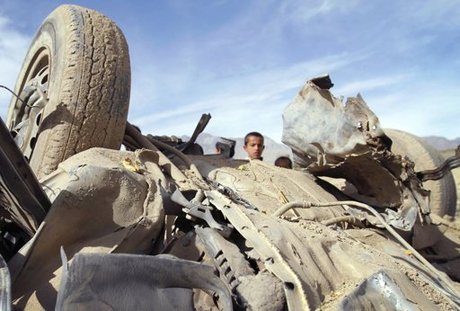 A roadside bomb killed an anti-Taliban district governor and two of his bodyguards Wednesday in southern Afghanistan's volatile Helmand province, an official said.

The governor of Khan Neshin district, Massoud Khan, was a fierce opponent of drug smugglers and the Taliban, who issued him with death threats, provincial spokesman Daud Ahmedi told Agence Francce Presse.

The governor, aged in his early 30s, was driving to work when his vehicle hit the device, Ahmedi said.

The Taliban was not immediately reachable for comment but roadside bombs are the weapon of choice for the militants in their decade-long insurgency against international forces and the Kabul government.

Parts of Helmand remain highly unstable although provincial capital Lashkar Gah is under the control of Afghan forces and three other districts are due to switch from NATO to Afghan security control.

There are around 140,000 international troops, mainly from the United States, in Afghanistan helping government forces combat the insurgency.