Hariri Says No One in Lebanon Backs Refugee Naturalization 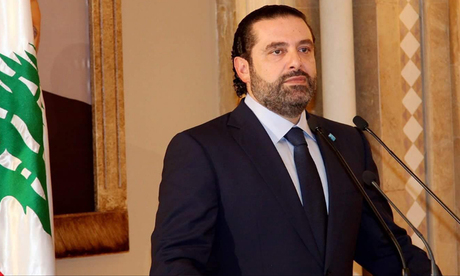 Prime Minister Saad Hariri stressed Wednesday that no one in Lebanon is in favor of naturalizing Syrian refugees in the country, after U.S. President Donald Trump called for resettling the displaced Syrians “as close to their home countries as possible.”

“Everyone knows our stance that rejects this issue,” said Hariri after talks with Speaker Nabih Berri that followed a legislative session.

“What has been said at the United Nations is a political stance that is not binding for anyone or for us,” Hariri added.

In his first speech before the U.N. General Assembly, Trump had on Tuesday noted that "for the cost of resettling one refugee in the United States," Washington can assist "more than 10 in their home region."

"Out of the goodness of our hearts, we offer financial assistance to hosting countries in the region, and we support recent agreements of the G20 nations that will seek to host refugees as close to their home countries as possible. This is the safe, responsible and humanitarian approach," Trump added.

Trump's suggestion has angered many in Lebanon, a tiny country hosting more than 1.5 million refugees.

The country of just 4 million is officially hosting more than 1 million Syrian refugees and some 500,000 Palestinians. The real numbers are likely higher as many don't register with the U.N.

Lebanese MPs on Wednesday demanded a formal response to Trump. Speaker Berri said it was no "joking matter," and invoked Lebanon's Constitution, which he said rejects resettlement.