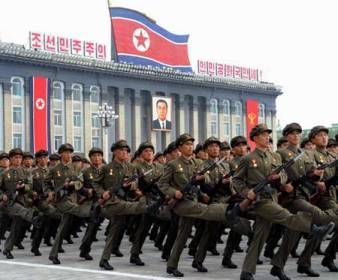 Yonhap news agency and the Chosun Ilbo daily quoted an unidentified diplomatic source saying the Washington had also agreed to provide the North with up to 240,000 tons of food aid.

Pyongyang pledged "to implement initial measures of denuclearization that include a suspension of its uranium enrichment program," Yonhap said.

The North apparently agreed to put stricter and clearer monitoring systems in place to ensure that the food aid reached those most in need, according to the source, Yonhap said.

The reports could not be independently confirmed.

Suspending the uranium enrichment program -- first disclosed by the North one year ago -- is a key demand of Washington's before six-party negotiations can resume.

The North quit the six-party forum -- which also includes China, Russia, Japan and South Korea -- in April 2009, one month before its second nuclear test.

Pyongyang has long said it wanted the six-nation talks to restart, but without preconditions.

But the United States says the North must first show "seriousness of purpose" by shutting down the enrichment program.

According to both Yonhap and Chosun Ilbo, the two countries were likely to hold a third round of talks this coming week in Beijing to discuss resuming the six-party talks.

North Korea was promised 500,000 tons of food aid from the United States when it dismantled part of its nuclear facilities in Yongbyon in 2008.

It had received 170,000 tons by the time the aid was suspended in 2009 as tensions worsened over the North's nuclear programs.