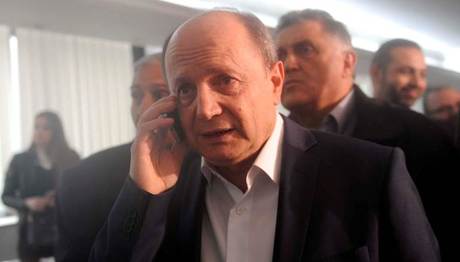 Head of Lebanon's General Labor Union Beshara al-Asmar rejected the latest tax hikes approved by the parliament on Monday announcing that efforts will kick-off in order to get raises for the private sector employees and workers.

In an interview to VDL (93.3), Asmar said that the newly approved tax hikes law targets low-income workers. He noted that “direct contacts and meetings have started to impress upon the private sector to give employees salary increments.”

He said private sector employees will be paying for the new wage scale but they will not benefit from it.

Business and political editor at An Nahar daily Sabin Oueiss told MTV on Tuesday that Economic Committees, which includes leading bankers, businesses, industrialists and merchants, are inclining to consent to increases in private sector salaries after formerly rejecting the issue.

Turning to the tax effect on the prices of goods, Asmar stressed on the State's role in controlling consumer products prices after the increase in the value added tax.

He said: “A specialized committee of the General Labor Union and Economy Ministry observers will be formed and will tour the market to monitor the prices of goods.”

On Monday, the parliament approved a revised tax law to fund a new wage scale for civil servants after a previous law was revoked by the Constitutional Council over procedural and financial violations.

The taxes approved in the morning session included hiking VAT from 10 to 11%; hiking the prices of financial stamps; hiking taxes on imported alcoholic beverages; hiking fees charged by notaries; LBP 2,500 on landline phone bills and LBP 250 on mobile phone recharge cards; LBP 6,000 on cement production; LBP 250 on every cigarette pack, a 10% increase on every cigar and LBP 2,500 on every kilogram of hookah tobacco; an LBP 5,000 fee on non-Lebanese travelers entering Lebanon by land; an LBP 50,000 tax on economy class travel tickets, LBP 150,000 on first class travel tickets and LBP 400,000 on every traveler on a private jet.

In the evening, the legislature approved taxes on imported containers, annual fines on seaside properties, a tax hike on lottery prizes, additional fees on firms' income tax and fees on real state sale contracts as it hiked taxes on the profits of financial firms from 15% to 17% and taxes on banks' interests and revenues from 5% to 7%.