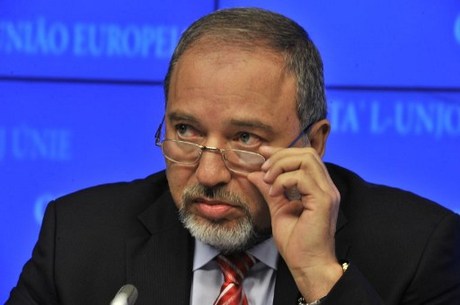 Israeli Defense Minister Avigdor Lieberman claimed Tuesday that the Lebanese Army has lost "its independence by becoming an integral part of Hizbullah, which gives it its orders."

Israeli leaders frequently warn Lebanon that the country's army and civilian infrastructure would be overwhelmingly targeted if Hizbullah attacks from civilian areas in any future war.

Lieberman also said that Lebanon and Syria would constitute "one front" against Israel if a new war were to break out.

Hizbullah and Israel fought a devastating conflict in 2006, and the Lebanese Shiite group is currently backing President Bashar al-Assad's regime in the Syrian civil war.

Both countries border Israel to its north.

"In the next war in the north of the country, Lebanon will not be the only front," Lieberman said in a speech to soldiers.

"There is now only one front in the north composed of Lebanon, Syria, Hizbullah, the Bashar al-Assad regime and all those who help his regime."

Lieberman evoked the possibility of a simultaneous conflict in the north and in the south with Hamas in the Gaza Strip.

"The battle will take place on the northern and southern fronts," he said.

"There is no longer war on one front. It's our basic assumption and it is what our military is preparing for."

Since 2008, Israel has fought three wars with Hamas, which also receives support from Iran.

Israel has sought to avoid becoming involved in the Syrian civil war, but acknowledges carrying out dozens of air strikes there to stop what it says are advanced weapons deliveries to Hizbullah.

Mystic says:
"Mystic
The LAF and Hezbollah are one."

It is not he who agreed with the enemy but you ya iranian troll.

Mystic 24 August 2017, 22:02
The LAF and Hezbollah are one.
http://www.naharnet.com/stories/en/234519-nasrallah-hizbullah-syrian-army-committed-to-negotiating-with-is-on-captive-lebanese-troops

Mystic, are you referring to the LAF that wasn't allowed to obliterate ISIS on Iran's orders? Or are you referring to the LAF that doesn't arrest Hzbele fugitives but does harass regular Lebanese at checkpoints, screening for anti hzbele people? This is the LAF we rejectalked and condemn. We want an unbiased army, a real patriotic one, not like this bunch of buffoons used as Hzbele support as we saw in Abra.the videos are on YouTube

Shame on you mowateneed for your call on lynching our beloved Naharnet employees. This is unacceptable and hope you get banned for good under your 666 aliases. I hope Naharnet will taken this to the police and get political backup. The red has has been crossed and shouldn't go unanswered

Hypocritical response but are we surprised when the mind is so washed?

Lieberman is simply confirming what Aoun has said on several occasions. Nothing new here.

Israelis are out natural enemy and we expect nothing less and we know how to handle them. But the filthy murdering militia are the enemy within. They are the worst and must be dealt with firmly.

may god bless hezbollah aka the lebanese army, the last sanctuary for Lebanon.

Sorry Lieberman that's not accurate and this is the proof

Lieberman is spot on. Facts are facts.
Aoun will live the day ( maybe not ) to regret his treacherous stances.

As soon as a full-blown war erupts between Israel and Hezbollah, the Lebanese Army will split up into one sunni/christian/druze-faction and one shiah.

Because only one of these factions believe in the Iranian project...

If you agree with Kizballah then you are with God and the seven heavens lol but if you disagree with them then your automatically a Zionist Buddhist with no hair on and your mother wears army boots! They are so brain washed that they believe anything the bearded goat or one of his many living prophets bellows out through his microphone at prayer time. What a bunch of hypocrites.