Qaouq: Hizbullah to Spare No Effort in Support of Palestine 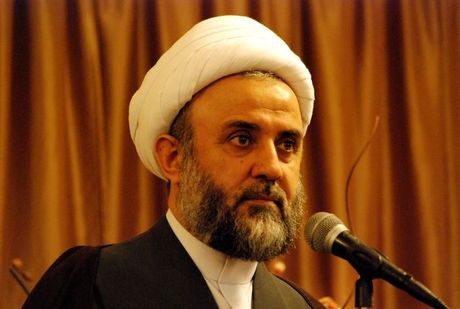 Sheikh Nabil Qaouq, deputy head of Hizbullah's Executive Council, said on Saturday that his party will give full support for the resistance in Palestine after a US decision that recognized Jerusalem as capital of Israel.

“Hizbullah does not give significance for the American or Saudi anger because it does not suffer from any sense of appeasement or weakness for America and its followers in the region,” said Qaouq at a memorial service.

“Saudi normalization and concessions with the Israeli enemy are more painful than the Trump decision. The Custodian of the Two Holy Mosques has failed Jerusalem and the sanctity of Muslims," he added in reference to a statement made by Saudi Foreign Minister Adel al-Jubeir about the US decision.

In an interview with France 24, Jubeir denied claims that there was Saudi support for the US move and said he “believed the Trump administration still intended to propose a peace plan and that such a plan envisioned a two-state solution.”

Trump's declaration to recognize Jerusalem as Israel's capital and relocate the US embassy from Tel Aviv sparked anger across the Muslim world, and drew expressions of concern and disapproval from US allies.

“Saudi normalization and concessions with the Israeli enemy are more painful than the Trump decision. The Custodian of the Two Holy Mosques has failed Jerusalem and the sanctity of Muslims," the iranian filthy terrorist added.

Yes cowards, because what do you do about it? You bow to America and by default Israel.

No real Lebanese bows down to foreign powers Anchor Baby, and obviously you don't look outside your Iranian bubble. The majority of the US could care less about Israel. Nice takia try though, like pretending to be Lebanese when you're just the product of illegal occupation much like your Israeli lovers.

I see you get another fake account ready just to show you're offended by the truth, sad lol. And really, they don't. They just consider them corrupt whiners, much like you Iranians.

Israel or anybody should kill him.

Yeah, that's why the situation has gotten worse for Palestine despite years of "resisting"; Iran exploits them just as much as Israel does.

And jewish cult as well, as the Ashoura which is just a mere copy of jewish yom kippur