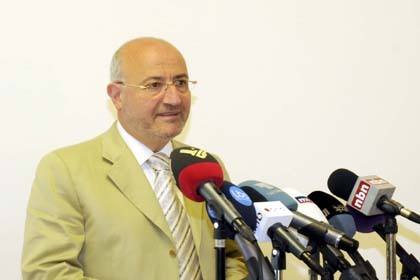 MP Ghazi Aridi of the Progressive Socialist Party on Sunday said that the May 2018 parliamentary elections will be held on time and that the Hizbullah-led March 8 camp will emerge victorious.

“The so-called March 8 camp will win due to the nature of the electoral law, which is marred by the distribution of districts according to the interests of the political parties,” Aridi said in a radio interview.

Separately, the lawmaker and former minister warned that “Israel is still targeting Lebanon, and certainly there is a threat of an Israeli attack on Lebanon.”

“Anyone who deals with the issue in a different manner would be mistaken,” Aridi added.

“Lebanon can only be protected through collective Lebanese action and the so-called dissociation agreement should be managed in a good way. In the face of the current challenges, we must remain vigilant towards the daily Israeli targeting of Lebanon,” the MP went on to say.

No Surprise there since both Hariri and Geagea helped them change the elections law.

They both made historical errors.

No..we must remain vigilant towards the daily targeting of Lebanon from the enemy within.

They own the country and nothing cam be done about it. Power corrupts and absolute power will corrupt them absolutely. Their demise will come from within...

Lol, "Progressive Socialist". This guy is neither "progressive" nor "socialist". It's really a joke...

Israel will not, has not, attacked Lebanon but has only retaliated when terrorist groups in Lebanon have attacked her.
Mr. Aridi should learn his history not try to rewrite it.