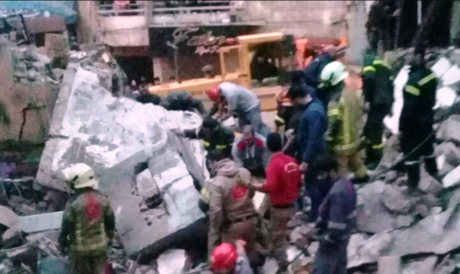 A residential building collapsed in a Palestinian refugee camp in the southern suburbs of Beirut on Thursday killing a woman and her child and wounding a man, the National News Agency reported.

NNA said the building, which partially collapsed in Ain el-Sekkeh neighborhood in Bourj al-Barajneh camp, killed a seven-year old child identified as Sali, and her mother Zainab, while the father was injured.

Police and firefighters were searching for people who might be trapped under the rubble.

Police were unable to say how many people might still be trapped.

The cause of the collapse is being investigated.

Are the vics palestinians too?

Sad but a fact of living standards.