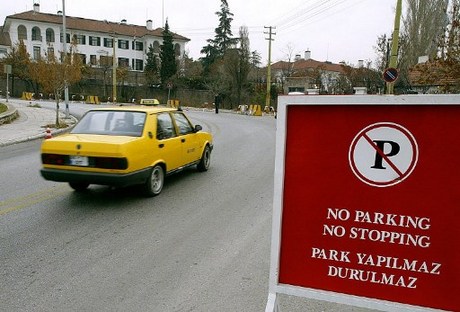 Turkish prosecutors on Wednesday requested a prison sentence of up to 10 years for an Istanbul taxi driver who needlessly took a passenger from one side of the Bosphorus to the other, causing the tourist to miss a flight.

The Istanbul driver is accused of deliberately taking the Saudi tourist from the Asian side of the city to the European side and back again rather than directly to Istanbul's second international airport, state broadcaster TRT Haber said.

Both the Kadikoy district, where the passenger was picked up, and the Sabiha Gokcen airport are on the Asian side of the city and the journey usually takes 30 minutes, depending on traffic.

However the route was extended with several detours, including crossing the city's third bridge across the Bosphorus, which is named after the 16th century Ottoman Sultan Selim the Grim (Yavuz Sultan Selim in Turkish) and opened in August 2016.

The Saudi tourist missed the flight and filed a legal complaint against the driver, who is accused of abusing the passenger's trust, the channel said.

The prosecutor then prepared an indictment and sought a prison sentence of between three years and 10 years for "aggravated fraud" as the driver overcharged the tourist.

The driver does not accept the fraud accusations and has said the extended route was a mistake.

He will appear in front of a judge in the coming days if the indictment is accepted, TRT Haber reported.