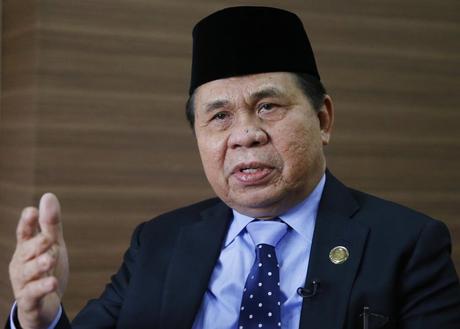 The Philippines hailed on Wednesday Washington's decision to blacklist two local pro-Islamic State groups, including one which occupied the southern city of Marawi last year, triggering a months-long battle.

The US State Department and the Department of Treasury designated the Maute group and the Dawlatul Islamiyah Waliyatul Masrik as "terrorist organisations" on Tuesday, blocking US-based assets belonging to them or their supporters and barring Americans from dealing with them.

"The (move) is an affirmation of what Philippine authorities already know -- that the Maute Group and the Dawlah-Islamiya are terrorist groups that need to be dealt with decisively using the full force of the law," a statement by the defence ministry in Manila said.

"They will be denied access to the US financial system and will face sanctions as may be deemed appropriate, making it more difficult for them to conduct their activities in the Philippines and abroad."

Militants from the Maute group were routed from Marawi last October after a five-month battle sparked by its bid to establish an IS caliphate in the largely Catholic country's southern Mindanao region.

The US, a long-time defence ally, helped Philippine forces with intelligence input, including reconnaissance flights, during the fighting which claimed more than 1,100 lives and reduced large parts of the city to rubble.

However the Philippine military warned last week that remaining members of the group have recruited about 200 gunmen to mount another attempt.

The Dawlatul Islamiyah, or Dawlah-Islamiya as designated by the Philippine defence ministry, is a smaller faction also based in Mindanao.

"We are profoundly committed to preventing ISIS from gaining (a) foothold in the Philippines and in Southeast Asia, and we should continue working together on this objective," Philippine Foreign Undersecretary Ernesto Abella told reporters, using an acronym for IS.

"(A) specific advantage... is the checking of money trail, financial sources, logistics lines and conduits of terror groups in foreign countries that may have connections with local violent extremists," he said.

Other armed Philippine groups that have made the US terror blacklist in previous years include the New People's Army, waging a decades-old Maoist armed rebellion, and the Abu Sayyaf, which linked up with the Maute gunmen in Marawi last year.