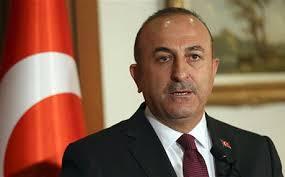 Turkey on Tuesday slammed as "biased" and "unacceptable" a UN report that described mass human rights abuses in the country under the state of emergency in place since the July 2016 failed coup.

In a furious reaction to the report, the Turkish foreign ministry accused the UN rights chief of turning his agency into an organisation that collaborates with "terror" groups.

"(The report), which contains distorted, biased and false information, is unacceptable for Turkey," it said after the publication of the UN rights office report which covers all of 2017.

Turkey has been under a state of emergency since the July 2016 attempted coup and it was extended for a sixth time in January.

The report warned that the extraordinary powers given to authorities caused "a continued erosion of the rule of law and deterioration of the human rights situation".

The UN High Commissioner on Human Rights Zeid Ra'ad Al Hussein described the findings as "alarming", "outrageous" and said the numbers were "staggering" in a statement.

He said almost 160,000 people had been detained during the 18-month emergency while adding that 152,000 civil servants had been dismissed "many totally arbitrarily".

But the Turkish foreign ministry accused Hussein, a Jordanian, of harbouring "prejudices against our country".

- 'Terror-linked circles' -The ministry even alleged that Hussein had "unfortunately transformed the UN body under his leadership into one which collaborates with terror organisations".

"The UN rights chief... has prepared the report in cooperation with terror-linked circles," the ministry added.

"This text is a danger for the whole of the human rights system because of the evaluations it contains which are far from objective," the ministry said.

The report also presented how torture and other forms of ill-treatment had been used against individuals in custody, listing severe beatings, threats of sexual assault and actual sexual assault, electric shocks and waterboarding.

But the ministry said the report contained "unfounded allegations" and "completely ignores the severe and multiple terrorist threats faced by Turkey".

Turkey insists it is dealing with multiple terror threats including the movement led by the US-based Muslim preacher Fethullah Gulen who Ankara accuses of ordering the attempted putsch. Gulen denies the charges.

Turkish security and military personnel have also been fighting against outlawed Kurdish militants inside Turkey and in northern Syria.