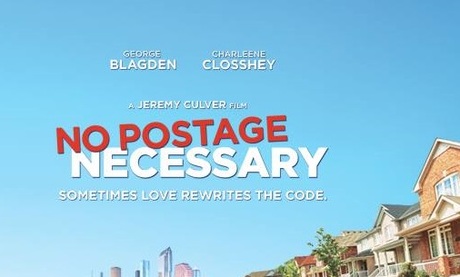 A few years behind Wall Street, Hollywood is turning to the technology behind cryptocurrency bitcoin to distribute movies in a development hailed as the beginning of the end for piracy.

Leading the charge is "No Postage Necessary," a romantic indie comedy about a luckless hacker that is being distributed via peer-to-peer video network app Vevue, running on Qtum, the most advanced blockchain in the world.

The movie gets its U.S. theatrical release and worldwide blockchain debut in June and will also be available to buy online using cryptocurrency.

"We are thrilled to provide movie lovers around the world a brand new way to experience their entertainment by turning the blockchain into a feature film distribution channel," Culver said in a statement.

"Although this is a first for the industry, we hope it will signal a shift in the way content is shared and consumed."

A blockchain is essentially a shared, encrypted "ledger" that cannot be manipulated, offering the promise of secure transactions that allow anyone to get an accurate accounting of money, property or other assets.

Blockchain debuted in 2009 as a ledger for the leading cryptocurrency bitcoin and is already used in food safety, finance and sea freight.

Its advantages, according to Culver, include immutable proof of intellectual property rights, transparent royalty payments, and, since all blockchain data is resistant to duplication, a future in which movies are "no longer pirated."

He happens upon a letter written by a heartsick Josie (Charleene Closshey) to her late husband and fallen marine, and the tender missive awakens something in Sam.

He conspires to meet the beautiful, young war widow and she warms to the idea of a new chance at love -- but not before Sam's past comes knocking in the form of an FBI agent looking for missing bitcoins.

Closshey, who composed the score and was part of the female-led production team, says she and her colleagues recognized the opportunities around the title the moment they read the "timely and relevant" script.

"Although the film makes light of a misguided cyber genius who can hack a multi-billion dollar corporation within minutes, these types of technological advancements are becoming a normal part of everyday life for society as a whole," she said.

Culver is hoping blockchain can help "No Postage Necessary" go viral, as moviegoers who upload a review as soon as they leave the theater will be able to unlock Vevue tokens as rewards.

"Up until now, the technology just hasn't been ready -- there wasn't a platform to support the vision," he added, noting the serendipity of a movie about bitcoin being the first to release on the blockchain.

"But innovation creates its own timing."

Following the movie into blockchain technology will be sci-fi anthology "New Frontiers," effectively five sci-fi movies filmed around the world and stitched together into one feature film.

Funded and distributed on the blockchain via a partnership between XYZ Films, Ground Control, and SingularDTV, production is already underway with a release expected before the end of the year.

"Decentralized," a movie from the LiveTree ADEPT blockchain platform, is set for release in autumn, starring Amari Cheatom ("Django Unchained") as a skeptical economics professor learning about the technology.

The feature from video shorts specialist Christopher Arcella will serve as a pilot to a television series covering many topics in the complex tech and computing sector.

"The story is written to provide an educational narrative in a fictional setting to help people completely unfamiliar with the technology gain some initial footing," a spokesman for ADEPT said in a statement.

A number of issues need to be resolved before blockchain technology becomes mainstream, with the anonymity of transactions concerning regulators seeking to crack down on money laundering and financing of terrorism.

Pop culture writer Amy Roberts says Culver's statements are demonstrative of a widespread fallacy that the mere presence of a blockchain can guarantee the information in it is resistant to alteration.

"Bitcoins, for example, cannot be copied as they are just entries on a ledger -- not digital files per se -- whose authenticity is incentivized and managed by thousands of individual peer operators worldwide," Roberts wrote in a commentary for the Film Daily online magazine.

"But media or other data, even if referenced on a blockchain, can always be duplicated. A blockchain is simply a database."