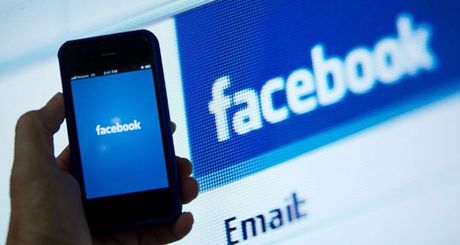 Aleksandr Kogan, who teaches at Cambridge University, will appear before the Digital, Culture, Media and Sport select committee to explain his relationship with CA, the British-based firm accused of improperly accessing data.

Kogan, a senior researcher in the university's department of psychology, claims he is being targeted by Facebook and CA, saying he did not know his app would be used in political campaigns.

Cambridge Analytica has maintained it did not use Facebook data in the Donald Trump campaign, but its now-suspended CEO boasted in secret recordings that his company was deeply involved in the race.

"I'm being basically used as a scapegoat by both Facebook and Cambridge Analytica," Kogan said last month.

"We were assured by Cambridge Analytica that everything was perfectly legal and within the terms of service" of Facebook, he added.

Kogan created a personality prediction app "This Is Your Digital Life" through his commercial company Global Science Research, which offered a small financial payment in return for users filling out a personality test.

"We would collect things like their location, their gender, their birthday, their page 'likes' and similar information for their friends," he said in a recent interview with CBS News's 60 Minutes.

Facebook says it was downloaded by 270,000 people, but it also gave Kogan access to their friends, giving him a wealth of information on 87 million users, according to the social media giant's boss Mark Zuckerberg.

Zuckerberg said the figure was calculated taking the maximum number of friends that users could have had while Kogan's app was collecting data.

Kogan said that CA assured him that what he was doing was "perfectly legal and within the terms of service" of the social media giant.

He told the BBC he was "stunned" by the allegations.

He explained that although contacts of those doing the quiz did not opt in explicitly, the practice was permitted by Facebook, and was in fact "a core feature" of the platform for years.

He claimed "tens of thousands" of apps will have taken advantage of the feature.

It was, however, not part of Facebook's terms for Kogan to transfer or sell data, although he claims that the social media giant appeared not to have a problem at the time.

"I visited their campus many times," he told 60 Minutes. "They had hired my students, I even did a consulting project with Facebook in November of 2015."

He joined the University of Cambridge's Department of Psychology as a lecturer in 2012.

The scientist also goes by the name Aleksandr Spectre, which he took when he married his Singaporean bride, according to a post he made on Facebook, before he was banned from the service.

"We changed our last name when we got married, and we chose Spectre as a derivative of Spectrum," he wrote.

"We wanted to find a last name tied to light because my wife and I are both scientists and quite religious, and light is a strong symbol in both.

"We are a multi-ethnic family... and we just thought it sounded really cool!"