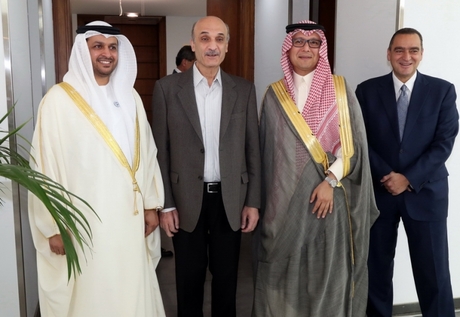 Lebanese Forces chief Samir Geagea received at his residence in Maarab on Wednesday, Emirati Ambassador to Lebanon Hamad al-Shamsi and Chargé d'Affaires of the Saudi Embassy in Beirut Walid Bukhari.

Shamsi and Bukhari congratulated Geagea on his win in Sunday’s elections, said NNA.

"We are here to congratulate Geagea on the victory of his party in the legislative elections," Bukhari said after his meeting with the LF chief.