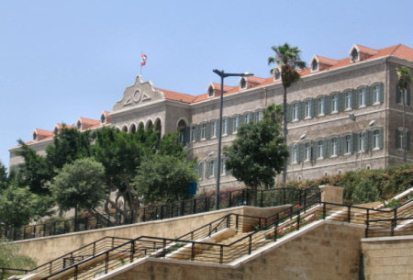 Lebanon’s Cabinet is expected to convene on Wednesday to address several key files, including a controversial electricity file, before it turns into a caretaker government on May 20, al-Joumhouria daily reported on Monday.

The meeting will take place at the Baabda Palace to “tackle and place several files on the solution track before the government turns into a caretaker cabinet,” well-informed sources told the daily.

They added: “An understanding was reached between President Michel Aoun and Prime Minister Saad Hariri, during their meeting on Friday, to hold a second special government session before May 20 if Wednesday’s meeting was not enough to tackle the files.”

Now that Lebanon has completed its parliamentary elections on May 6, the government will have to resign within days following the elections. After the new parliament's four-year term begins on May 21 and a new parliament speaker is elected, President Michel Aoun will call for consultations with legislators to name their candidate for forming the new government.

So it could run on a better efficiency scale than when under normal mis-management...