Spain Issues Int'l Warrant for Rapper who May Have Fled 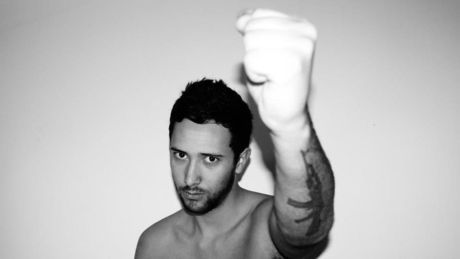 Spain issued a national, international and EU arrest warrant Thursday against Valtonyc, a rapper who may have fled the country just as he was due to enter jail in a case that raised free speech concerns.

The whereabouts of Jose Miguel Arenas Beltran -- better known as Valtonyc -- remain a mystery and speculation is mounting that he has escaped Spain to avoid starting a three-and-a-half-year jail term, due to begin on Thursday, over his songs.

Spain's National Court, which last year found the 24-year-old guilty of glorifying terror, insulting the king and issuing threats in his lyrics, issued the warrant at the request of prosecutors who said he was "at large."

Valtonyc is just one of several Twitter users and rappers who have recently been tried -- and some sentenced to jail -- for glorifying terror or insulting the king, causing mounting concern over free speech in Spain.

He was sentenced for lyrics published online in 2012 and 2013 at a time when he was a little-known rapper in the Balearic Islands.

These included: "Let them be as frightened as a police officer in the Basque Country" and "the king has a rendezvous at the village square, with a noose around his neck."

The reference to the Basque Country hinted at violence by ETA, the separatist group that for decades staged attacks across Spain that left more than 800 officials and civilians dead.

He also rapped against Jorge Campos, the head of Actua Baleares, a party that defends Spanish unity.

Valtonyc has since been hit by another complaint by Campos over a recent concert in which he shouted: "Kill a fucking Civil Guard (police) officer tonight."

The rapper had been free on bail pending the scheduled start of his prison term on Thursday.

But on Wednesday, he posted a cryptic tweet: "Tomorrow they will knock down the door of my house to put me in jail. For some songs. Tomorrow Spain is going to make a fool of itself, once more."

"I'm not going to make it easy for them, it's legitimate and an obligation to disobey this fascist state. Here, no one surrenders."

His lyrics have divided opinion, with some saying they should not land him in jail in a democracy, while others stress that free speech has its limits.

It's "not permission to say whatever one wants," said Antonio Torres del Moral, a constitutional law specialist.

But for Virginia Perez Alonso, head of the Platform for Freedom of Information, Spain has in recent years been going after "dissidents."

"The European Court of Human Rights (ECHR) reiterates that freedom (of expression) covers even the most shocking and offensive comments."

In March, the ECHR issued a ruling against Spain after two Catalan separatists who had burnt a photo of the king and queen were sentenced for insulting the crown.

The European court said it was a violation of the right to freedom of expression, judging the act equated to "political criticism."

The same month, Amnesty International said a Spanish law banning "glorification of terrorism" had created a "chilling" environment in which people are increasingly afraid to express alternative views or make controversial jokes.

Earlier this week, Spanish Oscar-winner Javier Bardem also sounded the alarm over free speech in Spain as he came out in support of fellow actor Willy Toledo who is due to be questioned by a judge for alleged blasphemy.

"It seems to me that being able to (legally) punish (an opinion) is a setback that harks back to the era of Franco," Bardem told reporters in Madrid, referring to the dictatorship of Francisco Franco.