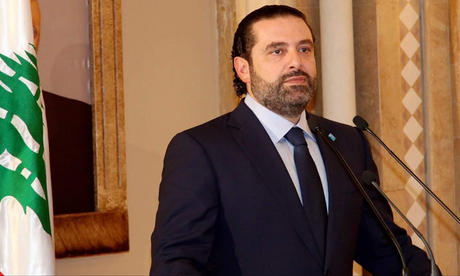 In spite of “optimistic atmospheres” of Prime Minister-designate Saad Hariri that he is putting “maximum effort” to line-up the government, the formation path “has not witnessed any announced contacts” since his return from Riyadh, amid indecisiveness on whether it should include 32, 30 or 26 portfolios, al-Joumjouria daily reported on Thursday.

Sources of al-Mustaqbal Movement told the daily “although consultations are still young, but they are in progress.” They said Hariri wants to balance between the aspirations of political parties and the need to form a government."

Other sources following up on the issue said that Hariri and President Michel Aoun still have to decide on the number of Cabinet members.

Discussions are still centered on whether the Cabinet shall include 30 ministers as suggested by Hariri, or if it shall be comprised of 32 or 26 members to include portfolios for the Syriac and Alawite minority, said the sources.

boring, we don't care about this crook and his gov of crooks. When I say we, it's the majority of Lebanese, the abstentionists.