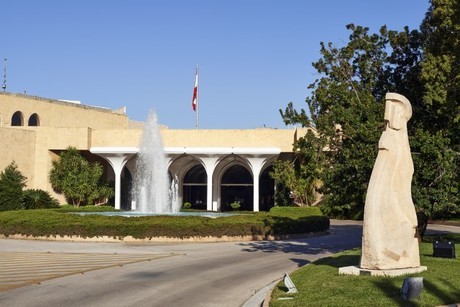 Prime Minister-designate Saad Hariri is expected to meet with President Michel Aoun over the weekend to assess the developments as per the formation of the new government after completing consultations, al-Joumhouria daily reported on Saturday.

Two weeks after his designation, “Hariri is set to present the first government format, a Cabinet comprised of 30 ministers distributed on various political parties very much similar to the current caretaker Cabinet,” unnamed sources told the daily.

The daily said Hariri is inclined to keep the foreign affairs and energy portfolios allocated to the Free Patriotic Movement, the finance portfolio to the AMAL party and the telecommunications and interior portfolios to al-Mustaqbal Movement.

It added that engineer Hassan Qabbani is nominated to hold the telecommunications portfolios (instead of Jamal Jarrah), while the interior ministry could be allocated to Minister Jamal Jarrah or head of the Mustaqbal electoral campaign, Salim Diab.

However, “the health ministry will not be kept with a minister of the Lebanese Forces,” added the daily, while the remaining portfolios will be “redistributed” on political parties.